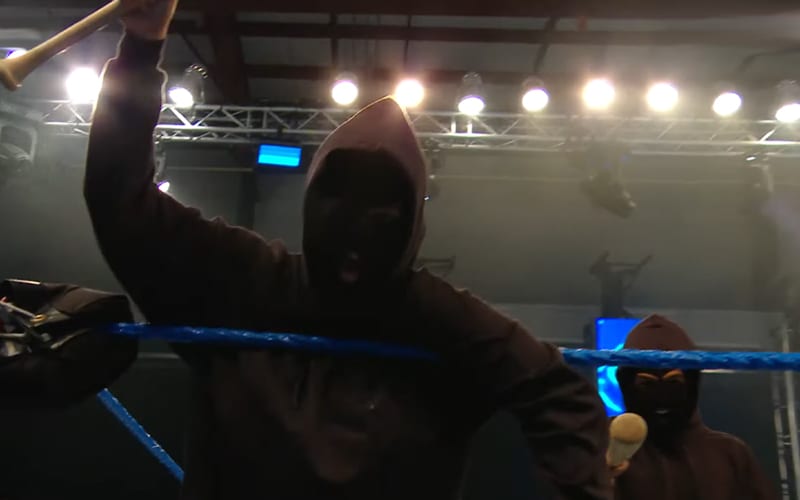 WWE saw a new stable debut this week. They didn’t do much on RAW, but they really picked up their game on SmackDown this week. The show ended with this new faction wrecking the entire show.

A lot of fans called attention to the fact that the Retribution stable aren’t the biggest people on the roster. Shane Helms even took a shot at their size. Bronson Reed is one of the bigger men on the NXT roster. He tweeted out that he has very little doubt that he could handle the entire new stable by himself.

Legit could of smashed all of #Retribution by my self.

Recently uncovered evidence leads some to believe that the Retribution stable might include a couple of females. That is plausible, it could certainly explain why they looked a bit smaller.

We’ll have to see who ends up revealing themselves under those Retribution masks. Whoever it is Bronson Reed thinks he can take them.