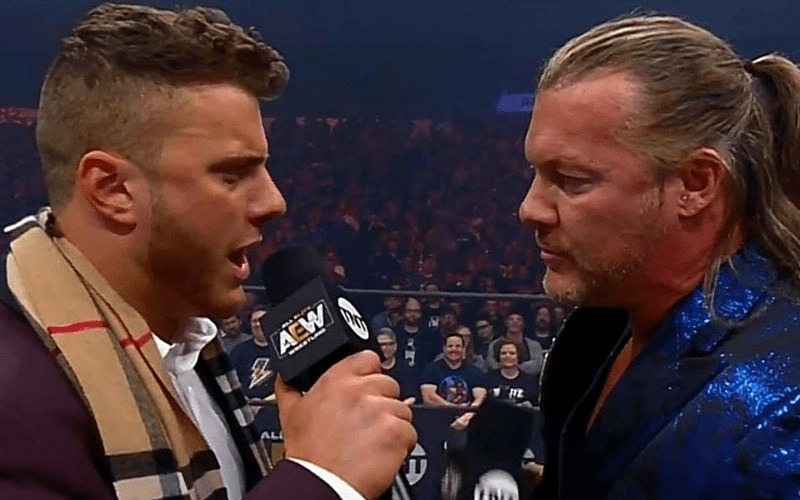 MJF has his eyes set on Jon Moxley’s AEW World Championship and he will get his shot at the title at ALL OUT. He is currently running a campaign and asking the AEW fans for their vote of confidence to become the next AEW Champion.

While appearing on Busted Open Radio, the AEW Superstar talked about a number of topics. During the interview, he went ahead and compared himself to Chris Jericho and revealed why.

In his promo from last week’s AEW Dynamite, MJF asked fans to “do the math and grab a calculator”. The Salt of the Earth revealed that he said that because he sees himself staying at the top of the wrestling industry just like Chris Jericho is today.

I said to grab a calculator because, in fact, right now. Who’s one of the top stars in pro wrestling? The guy’s name is Chris Jericho. My hat’s off to him. The man’s 49. In 25 years from now, I will be 49. So that is why I was so comfortable saying that.

MJF then went on to talk about his wrestling style, which also resembles that of Jericho’s. The AEW Superstar said that he sees himself wrestling well into his 70s unlike those who follow a more reckless style of performance like “Dictator Jon Moxley”.

To be honest, with the way I wrestle, my style, which is something I’d like to get into in the next couple of minutes, I’m probably going to be able to wrestle until 70 on top. Because I’m not being an idiot, I’m not doing what everyone else in my generation is doing [which is] just succumbing to this hard, crash style that ‘Dictator Jon [Moxley]’ wants us to succumb to.

However, MJF has no plans to give in to that style of wrestling because he wants to help AEW reach the number one spot in the business in the longer game.

I’m not going to jump into that style because I want to make sure that I’m helping our company go from being the alternative to – I’m not saying I want to monopolize professional wrestling. That didn’t come out of my mouth. What I am saying, though, is I want us to be number one and there’s nothing wrong with that.