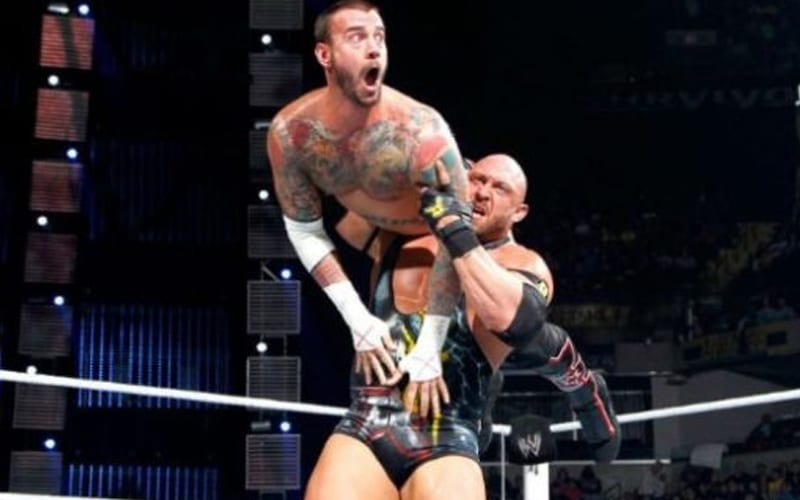 Ryback is resting up, working out, doing his podcast, and preparing for his pro wrestling return. He promises that fans will see him in a brand new light at the end of 2020. At this stage in his career, he can look at his past with a bit more clarity.

During a recent Q&A on his Twitter account, Ryback fielded several questions. One fan asked him if he should have defeated CM Punk for the WWE Tile when he had a chance at 2012’s Money In The Bank.

The Big Guy tweeted out a thoughtful message about the past. He holds no grudges because if WWE never *f*cked” him out of becoming “the next big thing,” then he wouldn’t be in such a great place today.

Everything happens for a reason. If I wasn’t fucked out of becoming the next big thing the way I was i most likely wouldn’t be where I am now. You will see the bigger picture play out in the next year.

He followed that up by saying: “His bank account is enough pain. I send him love and happiness.”

Punk and WWE’s doctor were in an intense legal battle that lasted for years. That had to have cost Punk a ton of cash.

Ryback still has plenty of drive, and he’s done his body right by taking time off and healing up. He had surgery that he needed and stem cell therapy as well. We’ll have to see what’s next for the Big Guy, but he holds no grudges against CM Punk.