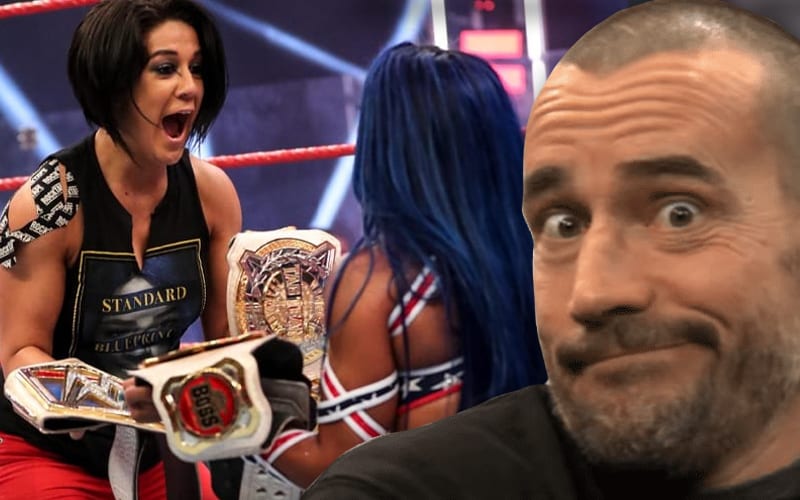 Bayley and Sasha Banks are holding all the gold in WWE right now. That might not make Ember Moon very happy, but those are the facts. CM Punk realizes this and he also knows Bayley’s real name. Those two things are important to keep in mind for this story.

The Golden Role Models didn’t reply, but CM Punk had a pretty great response as he played off Bayley’s real first name and the current global situation in the process.

Bayley replied to this tweet by saying CM Punk is the coolest: “You’re the smartest and coolest man.” It’s hard to argue that fact. There’s a reason why Punk hasn’t wrestled in years and fans still beg for his return.

CM Punk recently addressed a category he should be included in as well. It seems like CM Punk was in the mood to join a couple of pro wrestling conversations recently. Perhaps he misses talking about it on WWE Backstage.