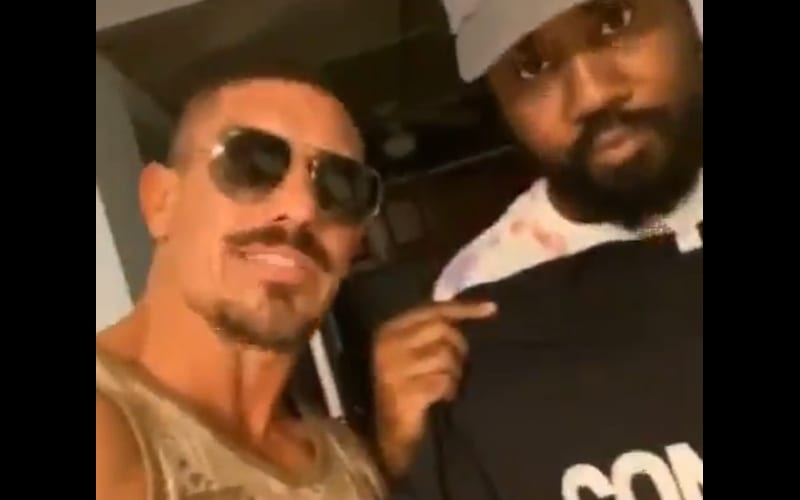 EC3 recently saw that a fan bought a t-shirt from him. That fan was within driving distance. So, he decided to pay him a little visit.

After making his return to Impact Wrestling, EC3 has a new company to represent. He is still controlling his own narrative and this apparently includes his own merchandise delivery at times.

The fan really didn’t see this coming. “What the hell? Are you for real?!” was the fan’s exact response. The caption for the video explained things a bit more.

EC3 is full of surprises, and he’s not done yet. He also revealed that he personally prints some of the t-shirts that he is selling now. It appears that he is doing what he can to control his narrative in every way possible.

You also apparently never know if a t-shirt you order from EC3 will be brought by the postal service or if the genuine article will pay you a special visit.