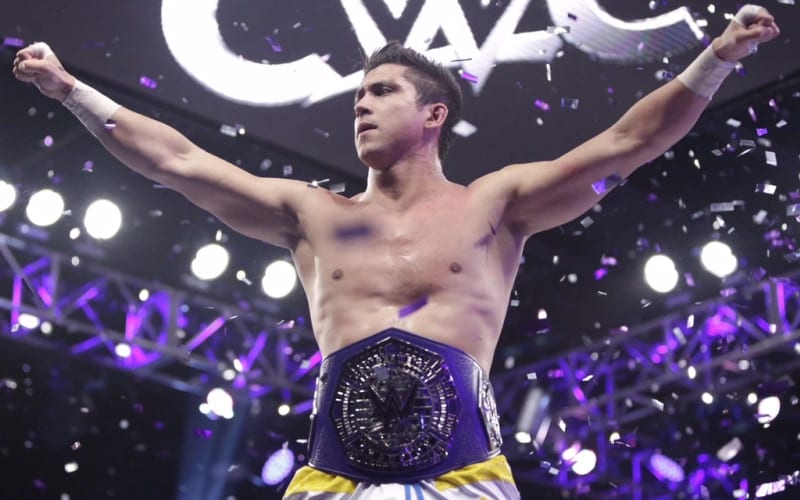 Former WWE Superstar TJ Perkins is very confident in his abilities. The confident manner in which he recently answered a question brought a bit of controversy his way.

Cheeseburger tweeted out asking: “Who was the first ‘name’ you wrestled that was so good you realized how little you truly know and helped you step your game up?”

Plenty of pro wrestlers sent back replies to praise people they’ve learned from in the ring. TJP saw this tweet and answered with: “Sadly no one for me. And I’ll be honest, I have spent 22 years waiting/wanting for that to not be the case.”

Some fans didn’t appreciate the way Perkins answered that question. They seemed to think was claiming that he never learned anything in the ring from a veteran. One fan said that they’ve seen TJP wrestle and he should have learned some things. This caused Perkins to reply with:

I wish that were the case. I’m always looked to as the quarterback and ppl ask me for notes after. Believe me I would much rather it be the other way around. I get sick of having to answer my own questions.

He then made it clear that he has learned things from people in the ring. He credited picking up things from veterans and newbies alike. He just doesn’t feel like he’s ever been with anyone who was “beyond” him.

Never said I didn’t learn anything from anyone. I pick up stuff all the time, from anyone..rookies, elders. Ive just never been in with anyone that ended up being beyond me. I honestly wish I was, because I don’t think I’m better than anyone. But I’m always made to be quarterback

TJ Perkins is still wrestling when he can. The pandemic made that a bit difficult. The former WWE Superstar is also staying in tremendous shape so he’s ready for that next big match.

For the record, Brian Pillman, Jr had a glowing review of TJP: “When I wrestled @MegaTJP in the opera cup he made me look far more experienced than I was at the time. As is tradition to lead the younger generation of talent. After that match I realized what it means to be “good” at what we do and the things I needed to do to get there.”

TJP replied to Pillman saying: “Ah you’re great as is buddy, it’s in your DNA! And a product of your hard work.”

Perhaps someday TJ Perkins will work with someone who is “beyond” him. Until that day happens he’ll apparently keep giving notes.