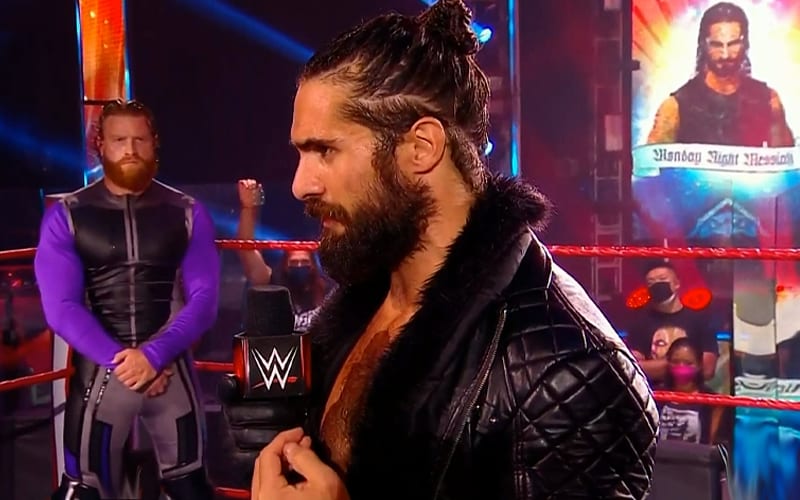 Seth Rollins’ Monday Night Messiah gimmick brought a ton of heat and the storyline progressed into an Eye For An Eye match. This stable of biblical allusions throughout has now apparently been given a name.

WWE doesn’t make things 100% obvious nowadays like they used to when revealing a stable’s name. They will insert the phrase into a Superstar’s dialogue and see what sticks. This was the tactic that they used for MVP’s “Hurt Business,” and not that is what the stable is called.

Rollins has referred to his union with Murphy as “The Greater Good” in recent interviews. He said things like “if Dominik wants to join the Greater Good,” and other such mentions in the same vein.

This “Greater Good” verbiage crept its way into his script more than a few times. In recent memory Rollins has mentioned The Greater Good in reference to his stable.

“Seth Rollins & His Disciples” is a mouthful. Since Austin Theory is no longer a part of the picture then that removes the need to pluralize Rollins’ followers as well. Click here to find out the latest on Austin Theory’s status.

WWE hasn’t made it 100% official and there is no merchandise for the stable. It seems that the Greater Good is a name they’ve landed on. No copyright has been filed by WWE for “The Greater Good” as of this writing. Now they need to decide on a name for Zelina Vega’s stable of clients.