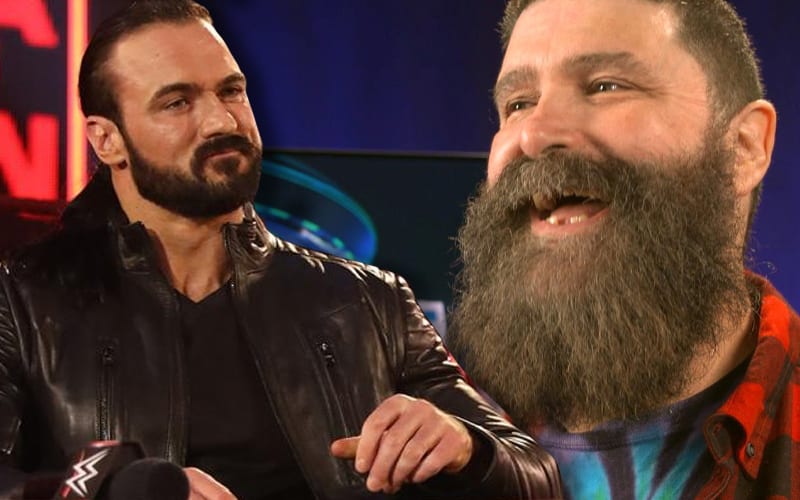 Drew McIntyre won the WWE Championship against Brock Lesnar in the main event of WrestleMania 36. Unfortunately, this historic victory happened in an empty Performance Center in front of no fans.

Even then, the Scottish Psychopath continues to be the face of the company amidst these trying times.

WWE Hall of Famer Mick Foley took to his Twitter to praise McIntyre for “holding down the fort” during the COVID-19 pandemic. Foley said that he hopes to see McIntyre with the Championship when the live crowd returns and expects a “RoadWarrior Pop” for him.

.@WWE Champion @DMcIntyreWWE is doing an excellent job holding down the fort during unprecedented tough times. I hope he gets to address live crowds during his title reign, to get the #RoadWarriorPop he deserves. #RAW

McIntyre’s reign has been praised by many in the past, including Foley. The Chosen One lived out his prophecy at WrestleMania and we hope that he gets to relive it again in front of a live audience, hopefully in the near future.