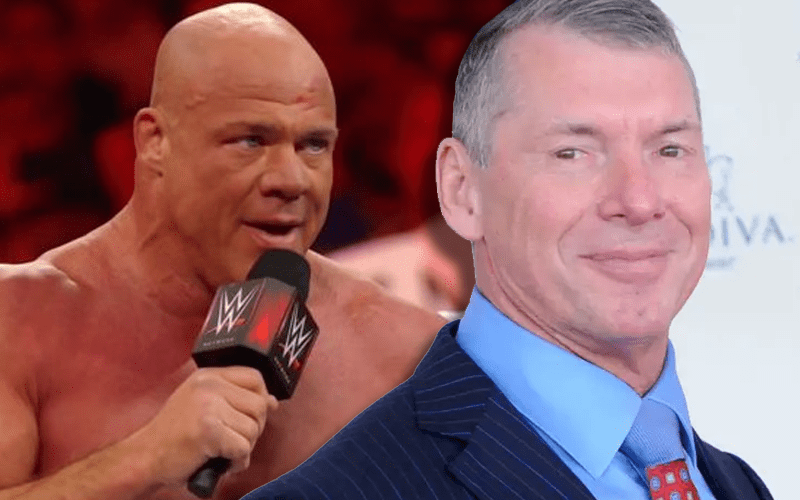 Kurt Angle won the Olympic Gold Medal in 1996 and headed to WWE in 1999 to make a career in pro-wrestling. Angle debuted at Survivor Series in 1999 and defeated Shawn Stasiak in his first match with the company.

Angle revealed on the BASCHAMania podcast that upon arriving in WWE, he didn’t think he’d be given extensive promos. He said that he expected McMahon to use him only as a wrestler and even thought that he’d be receiving a manager.

Initially, I thought Vince (McMahon) would only use me as a wrestler and that I wouldn’t have to speak much. Frankly, I thought I would be assigned a manager.

However, before the night of his WWE debut, Angle was approached by McMahon who asked him to rehearse and cut a promo in Pittsburgh. The Chairman himself instructed the lines for the promo to the Olympic Gold Medallist.

A night before my debut, Vince had me rehearse a preconceived promo at my hometown of Pittsburgh. He was instructing me on what to say but didn’t write down the lines.

Although upon getting to the arena, Angle forgot the lines he would supposed to say and that didn’t sit too well with McMahon. The Chairman of WWE let it slide and gave Angle his lines again but warned him not forget them again.

When I got to the arena in Detroit, I forgot my lines. Vince was pissed at me and said, ‘Ok, here are the lines again but you better not forget again.’

Angle rehearsed the promo once again and upon performing it, he got around 70% of his lines correct. This was enough to impress McMahon who then decided to plan Angle’s future in the company from that point on.

Vince said, ‘Ok, I asked this guy to a cut a promo without a script and he did really well. We have something to build off here.

Angle went on to cut many memorable promos and skits later on in his legendary career. Many remember Angle for his impeccable character work more than his dominance in the ring and that speaks volumes about the Hall of Famer’s all-round skills as a pro-wrestler. 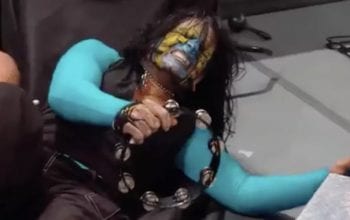