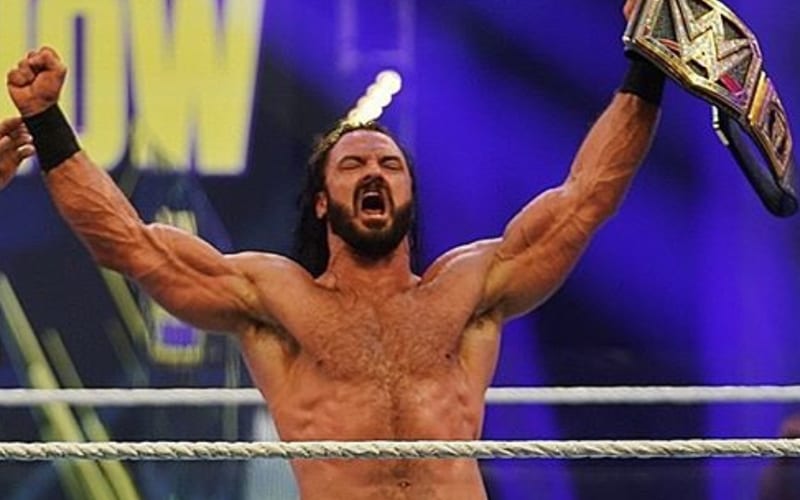 Drew McIntyre retained the WWE Title at the Horror Show at Extreme Rules. There are a lot of titles floating around WWE right now and obviously someone in the social media department got a bit confused.

Braun Strowman was pulled into the swamp by Bray Wyatt. This was where the Universal Champion actually ended his night, but when Drew McIntyre retained his WWE Title his win was incorrectly marked.

tack all the odds against him, and he’ll knock them down! @dmcintyrewwe is still the #UniversalChampion! #ExtremeRules

As you can see below, WWE’s social media noted that Drew McIntyre is the Universal Champion. There are a few double champions in WWE right now. The WWE Championship and Universal Title are held by two different people at this time.