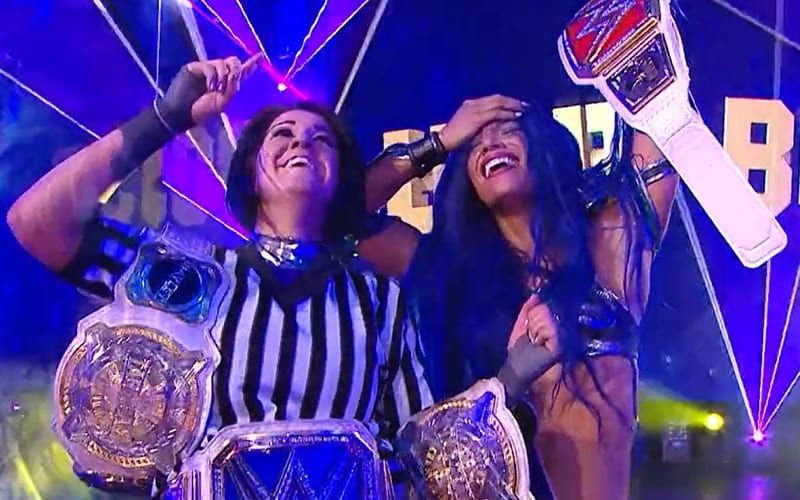 WWE held a very special pay-per-view that was more like a Horror Show. The Raw Women’s Title match definitely didn’t end in a way anyone expected.

Click here for our compete coverage of WWE Horror Show at Extreme Rules.

Asuka defended the Raw Women’s Title against Sasha Banks at Extreme Rules. The match was a tough contest and there were plenty of near falls. Then Asuka accidentally hit the referee with her mist.

With the referee blinded, Bayley rolled in the ring and laid Asuka out with her title. Then Bayley took off the referee’s shirt and put it on before she counted to three. Bayley handed Sasha Banks the Raw Women’s Title and she was “declared the winner.”

We’ll have to see how WWE works their way around this situation. It appears that WWE could have two double champions in the women’s division.