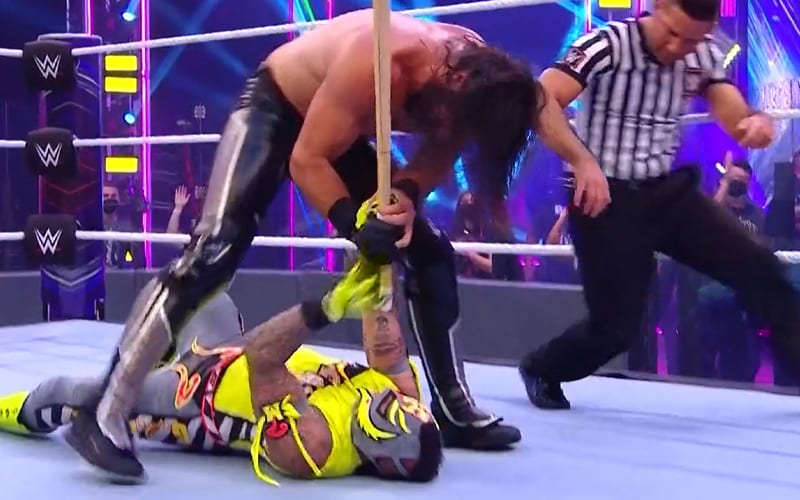 WWE held a gruesome match during the Horror Show at Extreme Rules. Seth Rollins and Rey Mysterio battled in a match where their eyes were at stake. The only way to win the match was to pluck your opponents eye from his skull.

Chris Jericho was quick to point out that AEW did this same angle in February. Tony Khan noticed that as well. WWE took a much different direction with things as Seth Rollins pulled a pair of pliers from his coat pocket during his entrance.

There were several close calls throughout the match, and weapons were also involved. In the end, Seth Rollins jammed Rey Mysterio’s eye into the ring steps and they called for the bell.