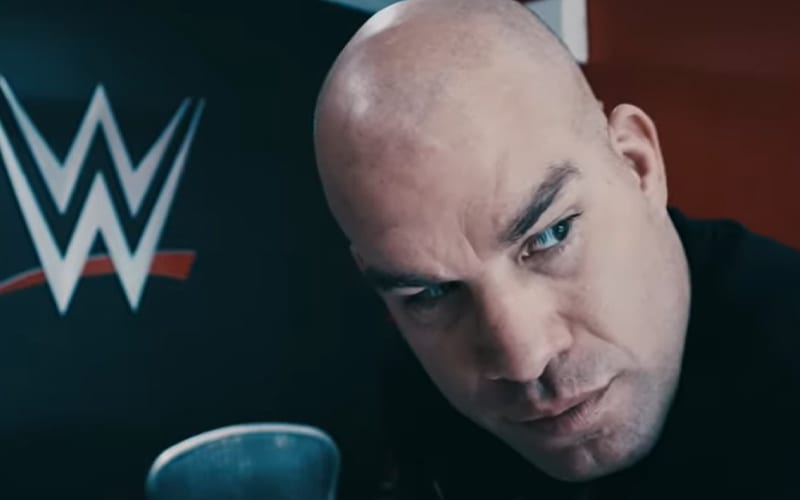 Tito Ortiz recently uploaded a video detailing his training at the WWE Performance Center. He spent 2 weeks in Orlando training in the ring. He didn’t show any of the training because he wanted to keep it “under wraps,” but he revealed all that he could.

Ortiz revealed that Cain Velasquez was there for his training, so this video is at least a few months old. It’s likely older than that as the WWE Performance Center seemed to be fully operational. That hasn’t been the case since the pandemic started in America.

Tito Ortiz said that WWE is “no joke at all.” He said it’s grinding, but he learned quick. He had 17 moves under his belt in a couple of days and he gave credit to Norman Smiley for helping him train.

He showed up to the WWE Performance Center at 9 AM in the morning in a suit because he’s “going to work.” Then Tito changed and took bumps all day. He said “I love it,” as he showed off some nasty bruises that he earned.

Tito Ortiz had great things to say about his time at the WWE Performance Center. He said “it’s what I wanna do.” He “felt like a little kid again in training,” and “I fell in love with something that I wanna do.” He also revealed how great Velveteen Dream was to work with as they had a few training matches together. We’ll just have to see how long it takes Tito Ortiz to debut.

What do you think WWE could be planning to do with Tito Ortiz? Sound off in the comments below!