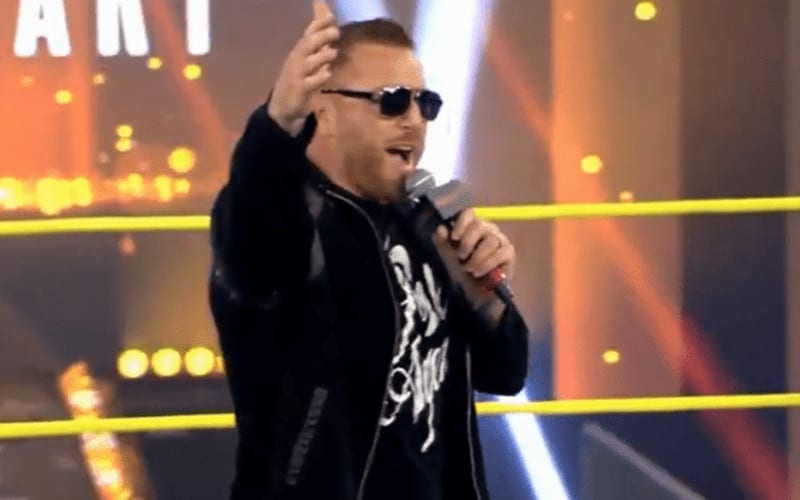 The rumors were true – former WWE superstar Heath Slater is heading to Impact.

He made an appearance on the Slammiversary card last night as he prepares to try and prove himself to the world after being released by WWE. He wasn’t allowed to stay in the building long, but that’s okay. At least he’s in the stories.

While we all know and love him as the comedy character we’ve seen in the last few years, but it appears as if taking him lightly isn’t going to be the smartest move.

I told you all to watch the hell out….. @IMPACTWRESTLING

Slater will be hoping that he can follow in the footsteps of former 3MB teammates Drew McIntyre and Jinder Mahal, both of whom were able to leave WWE and return, winning the WWE Championship in the process.

There’s no guarantee that Slater is going to be quite that successful, but fans of his will be hoping that he can surprise a few of his critics.