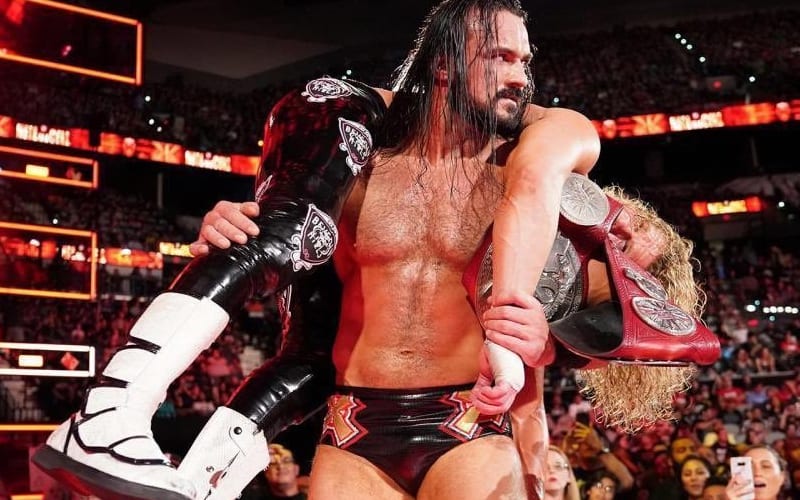 Drew McIntyre and Dolph Ziggler were a tag team when McIntyre was brought back to the main roster. This was a successful team, but Ziggler was carried off by McIntyre a time or two in the process.

A photo of McIntyre carrying The Show Off up the ramp during RAW made its way on to The King Of Claymore Country’s Twitter timeline. He sent out the photo with a caption saying that this is an appropriate illustration about what’s going on.

A photo has never been more perfect, to sum up our history. Tonight I’ll finally close this chapter of my life #ExtremeRules

Drew McIntyre and Dolph Ziggler will battle during the Horror Show at Extreme Rules. The Show Off gets to pick the stipulation, but he’s keeping that a secret until the show comes around.

Do you think Drew McIntyre will be carrying Dolph Ziggler at Extreme Rules? Sound off in the comments below!