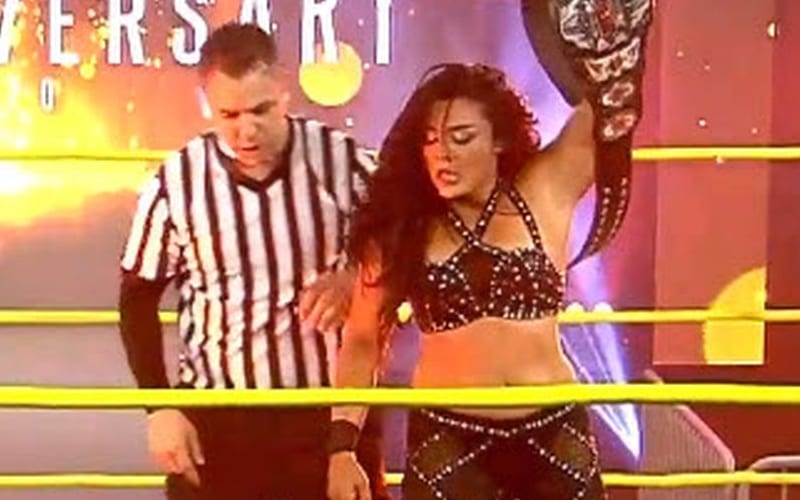 Slammiversary was one hell of a show for Impact last night, with everything from title changes to surprise returns taking place.

One of those title changes saw Deonna Purrazzo complete her quick surge to the top of the knockouts division by beating Jordynne Grace to capture the Knockouts Championship.

In the immediate aftermath of the win, Purrazzo took to social media and made her feelings on the victory crystal clear.

I told you @IMPACTWRESTLING, I told EVERYONE. I am the GREATEST technical women’s wrestler in the WORLD. #Virtuosa

With the division being as stacked as it is right now, you’d have to imagine there will be a queue of challengers lining up to face the new champion.

Grace is bound to go after the belt she’s lost, but for the next few days and weeks, the focus will be on Deonna Purrazzo finally getting the kind of limelight that many fans believe she has deserved for years now.