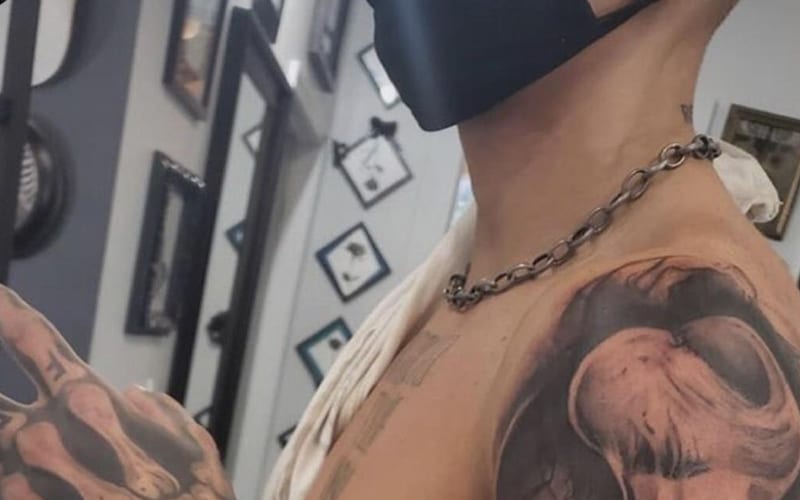 Darby Allin returned to AEW this week during Fight For The Fallen. He is apparently after Brian Cage which he will now do with an extra tattoo on his body.

Click here to read all about AEW Fight For The Fallen and to catch up on how Darby returned.

Allin just revealed a new arm tattoo he just completed. He’s all about showing off his bones which is very obvious by his new ink. This tattoo shows a realistic depiction of how his arm looks through an X-Ray.

It’s a pretty complex tattoo which he got at Caleb Morgan’s tattoos. AEW has a few tatted stars on their roster already. Now Darby Allin is adding to his collection of tattoos to give anyone else a run for their money.

Let’s hope this awesome new tattoo will be included in the model for Darby Allin whenever AEW’s new video game finally drops.