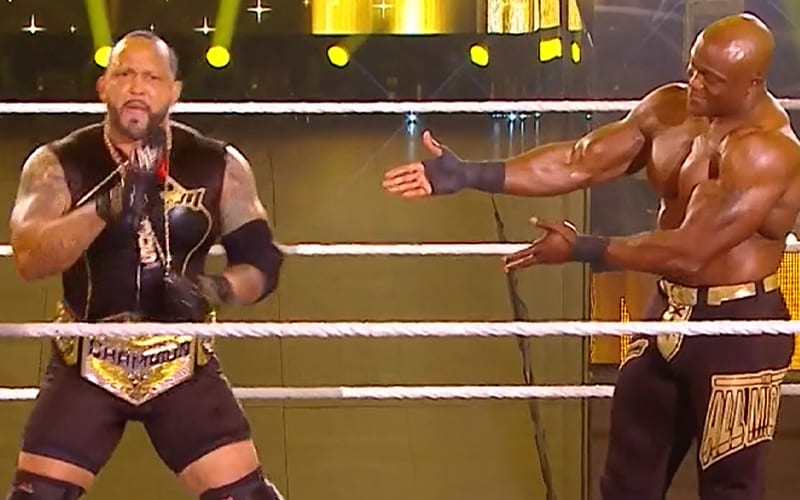 WWE has plans to hold a United States Title match during the Horror Show at Extreme Rules. Apollo Crews was set to face MVP, but that match couldn’t happen.

During that show, it was revealed on commentary that Apollo Crews did not pass his physical prior to the pay-per-view. They blamed an attack from Bobby Lashley which caused a bulging disk.

It is unclear exactly what is wrong with Apollo Crews, but MVP came out with Bobby Lashley and they took credit for the injury. This was followed by MVP crowning himself as new United States Champion.

There was a ton of heat on MVP as he claimed that he “won” the title via forfeit. We will have to see how this story progresses.