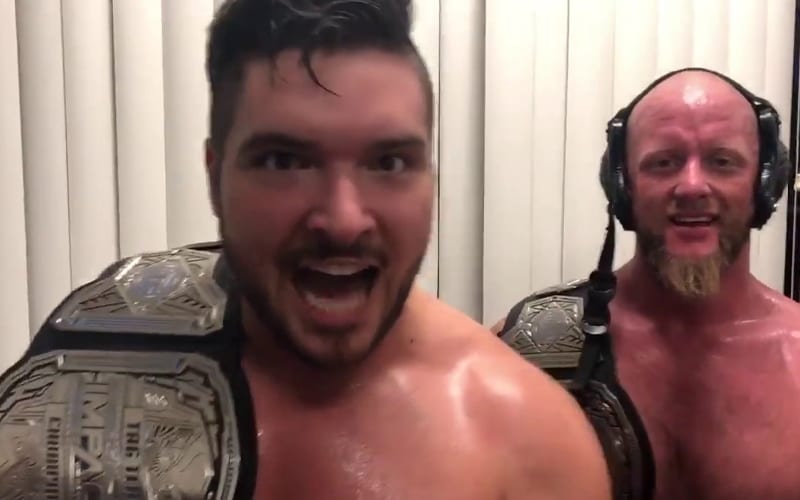 Ethan Page is 1/2 of The North, a team that FTR called out as people they want to tangle with. The North are set to defend the Impact Wrestling Tag Team Titles against Sami Callihan and Ken Shamrock at Slammiversary, but Page already has his eyes set on a couple of Good Brothers.

Luke Gallows and Karl Anderson are headed back to Impact Wrestling. They will be at Slammiversary, and it’s anyone’s guess what they will do. If they decided to step up to The North then Ethan Page seems ready. His partner Josh Alexander probably wouldn’t complain either.

The current tag team champion tweeted out in response to Anderson and Gallows’ cell phone video announcing their Impact Wrestling returns. He joked that Impact must have needed to sell their real cameras to afford the former WWE Superstars. He also can’t wait to see them backstage.

Damn … they paid you guys so good … they had to sell the cameras & film this on a phone!?

The North have quite a battle on their hands against Callihan and Shamrock. That team could be very unpredictable so The North could be in for an interesting night at Slammiversary. The Good Brothers and The North are destined to meet, but their match could be one worth a longer build.

We’ll have to see what’s going to happen, but Impact Wrestling has certainly generated a significant amount of buzz for themselves headed into one of the biggest pay-per-views on their calendar.