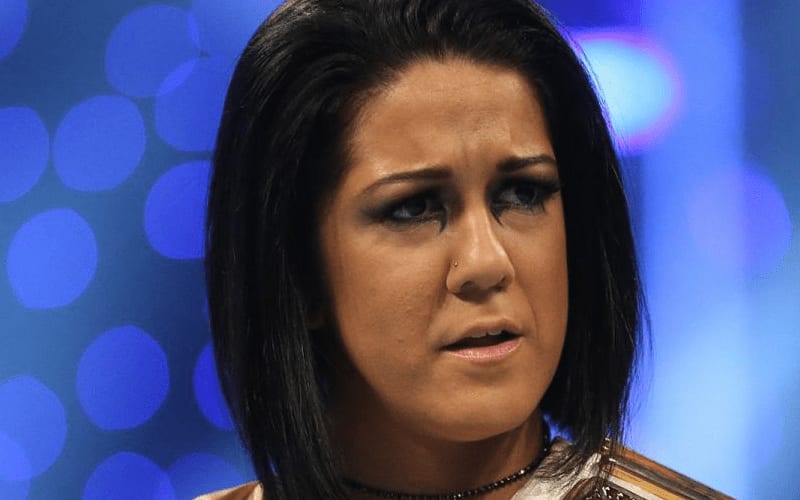 Evolution was a big deal as the first-ever all female WWE pay-per-view. They haven’t held another event like it and it’s not a good idea to hold your breath about another one any time soon.

Ringside News exclusively reported that the August 30th event won’t be Evolution II. So, fans will have to keep waiting.

While speaking with CBS Sports, Bayley discussed her reaction to the first Evolution event running on the same night as a house show. She threw ‘a big fit’ about WWE holding a live event while all fans’ focus should be on the women.

“It did seem like [Evolution] was a long time coming. I remember the morning of just feeling so, so crazy because of the fact that it was actually happening. It was kind of like a goal a lot of us had when we first came to NXT. I know it was a goal for a lot of girls there like Natalya and the Bella Twins as well. I was actually pretty upset because there was also a live event the same day.

“WWE had a live event somewhere in New York and we were doing the pay-per-view. I was like, ‘Why are they doing a live event when we’re doing a the first-ever women’s pay-per-view? It should be all eyes on us. There should be no fans at other shows. They should be at home watching us,'”

“I had thrown a big fit, and then realized that was what we do all the time. There’s always a live show when there’s a pay-per-view, so I had to calm down a little bit, but I had a lot of pride in the show and everybody in it. It was just such a great day. And to see how many people were so happy for us and how much the company made it a big deal, I was surprised that we didn’t have it the next year.”

Evolution did get a lot of eyes on it as WWE turned a house show into a historic special event. Ronda Rousey’s inclusion certainly helped draw more eyes to the show as well.

We’ll have to see if WWE holds another Evolution event, but right now WWE isn’t holding any live events at all so Bayley might avoid throwing another big fit.