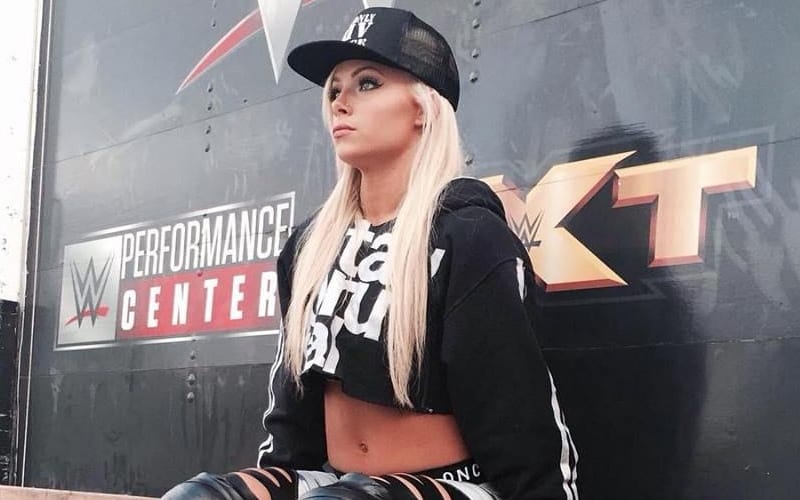 Liv Morgan trained hard at the WWE Performance Center to become a Superstar, and she had some great help along the way. She is in a position now where looking back is a fond memory of how far she’s come.

Sarah Stock was part of the April 15th releases backstage in WWE. Prior to her untimely release, she was at the Performance Center every day. Morgan remembers that time well.

Stock posted a photo of herself online. Liv Morgan replied saying how cool Sarah is. The feeling was mutual which led Morgan to tell a great story about how Sarah Stock went above and beyond to help her lean how to do her finisher.

For about two months in NXT my finish was a standing moonsault. I had a mental block & couldn’t do it one day so @SSDarkAngel stayed with me for an hour after training (missed her lunch) & kept repeating “you’re a G” until I did the moonsualt cause she knew how to hype me up

Liv Morgan will hopefully be back on television soon. She’s been off for the past few weeks which led Bianca Belair to fill in for her.

Morgan has come a long way, but she’s just getting started if you ask her.