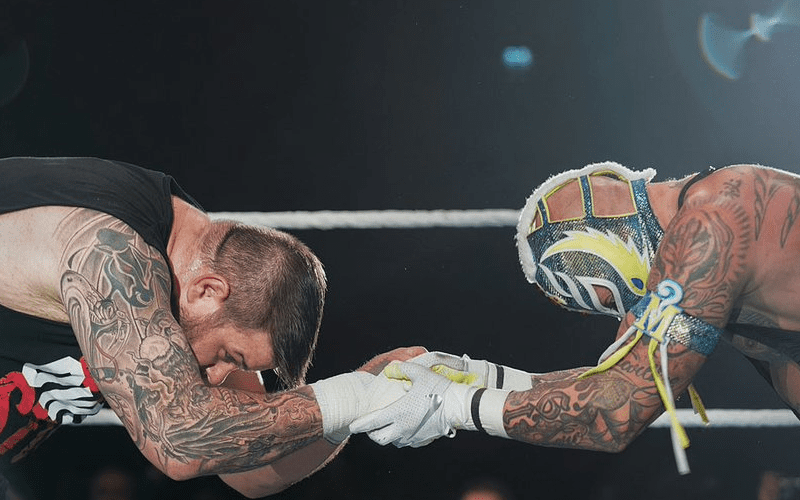 Kevin Owens has spoken fondly about his admiration of Rey Mysterio on multiple occasions. In recent times, the two men have gotten to share the ring with each other more than once, and for Owens, that has been a thing of honor.

In an interview with ESPN, Owens once again praised Mysterio heavily. He said that that the Ultimate Underdog might be the “Greatest of All Time” alongside WWE Hall Of Famer Shawn Michaels.

The Prizefighter revealed that the one factor that drew him to Mysterio was the legend’s incredible humility.

In my opinion, along with Shawn Michaels, [Rey is] the greatest wrestler of all time. He’s a great guy, and anybody in wrestling you talk to will say the same. But it means even more when it’s a guy who’s achieved that level of success, who’s achieved the kind of milestones that he’s had. For him to still be around now and to still be just as incredible in the ring as he’s ever been, and to still be as humble. … I think that what has drawn me to him is he’s so humble, even though he would have any and all reasons not to be.”

When Owens heard of the former World Champion’s return to the company in 2018, he was brimming with excitement at the idea of working with him. He said that he wants his legacy to be like Mysterio’s and that he’s everything that a veteran should be like.

When I heard he was coming back to WWE [in 2018], I was so pumped at the prospect of working with him, the prospect of being around him and just getting to learn. It’s not like I’m sitting under the learning tree. I just watch him, the kind of person he is, and I learn because that’s the kind of legacy I want to leave behind in wrestling. His son is now getting involved and it’s been great to see his son around. He’s everything a wrestling veteran should be.

Do you agree with Kevin Owens? Let us know your thoughts in the comments below.