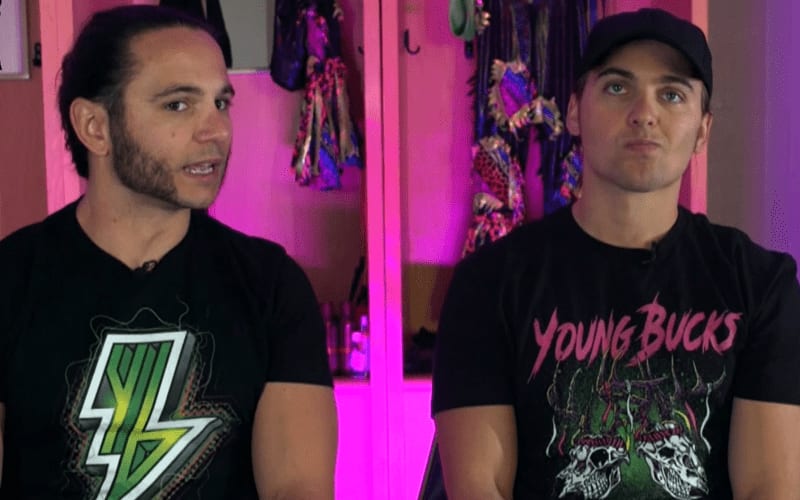 AEW has not included former WWE Superstars Enzo Amore and Big Cass in their company yet. Amore just teased that maybe he might like to change that.

The Young Bucks have received a lot of praise during their time as a team. Some have considered them the greatest, but there are a few teams who would like to lay claim to that title.

Matt Sydal tweeted out: “No one is better than the Young Bucks.” This is an opinion held by a few people, but Enzo Amore isn’t one of them.

NZO replied to this tweet without using any words. Instead, he responded with a photo of himself and Caz XL as they invaded the ROH/NJPW Madison Square Garden event. Their middle fingers were raised in the photo which might have been on purpose as well.

Amore received a lot of likes, replies, and reactions for this post. One person who smashed that like button was Dax Harwood.

We’ll have to see if NZO and Caz ever make it to AEW, but FTR is welcome to face anyone who claims to be the best tag team in the world. Who is your greatest of all time tag team? Sound off in the comments below!