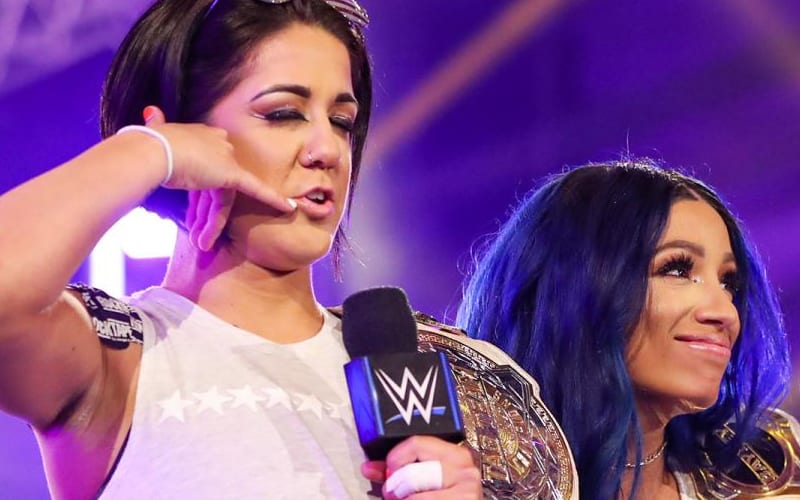 This week, WWE is celebrating the rise of the Women’s Revolution and everything that has come with that across the last five years in the company.

During a special episode of The Bump yesterday, The Bella Twins to talk all about their role in the revolution as well as their double birth that is now on the horizon.

During the show, they suggested that their dream match would be The Bella Twins vs Sasha Banks & Bayley vs Lita & Trish Stratus. As you can probably imagine, Bayley had to have a say on the matter.

This match isn’t anywhere close to becoming a reality given the fact that two of the three teams involved are either pretty much retired or officially retired, but it’s nice to think about it as a possibility a few years down the road.