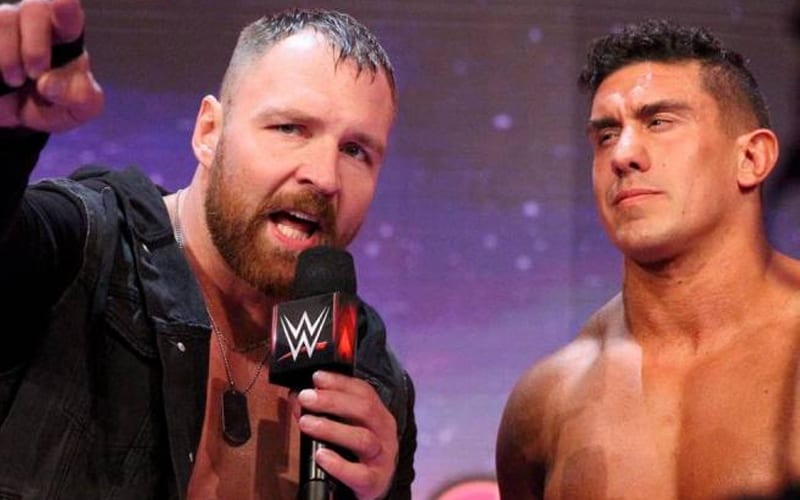 EC3 was called up to the WWE main roster during a time when Vince McMahon announced that fans were the new authority. He didn’t come up from NXT alone as others were also a part of that multiple Superstar move to the main roster.

It took WWE a long time to figure out what they were going to do with EC3. They finally booked him in a match with Dean Ambrose, and EC3 won. It also came during a time directly after Ambrose telling WWE he wasn’t signing a new contract.

WWE fans didn’t want to boo Dean Ambrose when they loved him and wanted him to stay. EC3 was handed a very difficult task during that feud and it fell apart. This is where a lot of people believe it went wrong with him, and he wasn’t afraid about opening up about it as he spoke to PW Insider.

I wish I knew, to be honest. I don’t know. I was at the point where I thought I was brought up with an intention and a purpose. So I made the mistake of trusting the process instead of being the squeaky wheel that gets the grease.

I remember I think, “Hey, I think we’re turning you heel.” I’m like, “Oh, thank God I’m such a better heel and I don’t do flashy things, and I can really talk… Man, yeah, turn me heel and get me on the microphone right away. Let’s go.” But that didn’t ever happen.

So I found myself by trusting others would be one thing. I think they were mad at Dean for choosing to free himself as well. Whether that’s right or wrong, that’s their business. But we were working live events, having good matches, but obviously he was being cheered, because he’s a notable name and everyone loves him, and I was being booed, because I was going against the guy who just told the company, “Hey, see you,” and was a hero to them.

Also, he has a stellar body of work with the company. They’ve been watching him for years. He killed himself countless times for their entertainment. Of course they’re going to cheer them and boo me.

A lot of the matches, they were pretty run-of-the-mill, babyface vs. heel, baby face and whatever, but on the last night, I vividly remember Dean, he was like, “Let’s just switch it.” “Yeah, all right.” Then I started turning it up as a hero, and he started fighting from underneath, babyface, and then I cheated to win. It was great. They were getting me what I always wanted, the response is like, “Oh, shove the babyface down his throat, but we actually don’t like him.” Sort of the boo Cena kind of thing. I’m like, “Holy hell, if I fall into that, I’m money.” But instead, turned I heel, and he went on to finish, and I went into obscurity.

EC3 might show up in Impact Wrestling at Slammiversary this Saturday. Wherever he is on July 18th he will be fighting. Now he controls his own narrative.

Dean Ambrose is doing much better now as well. He is Jon Moxley once again and the current AEW World Champion.