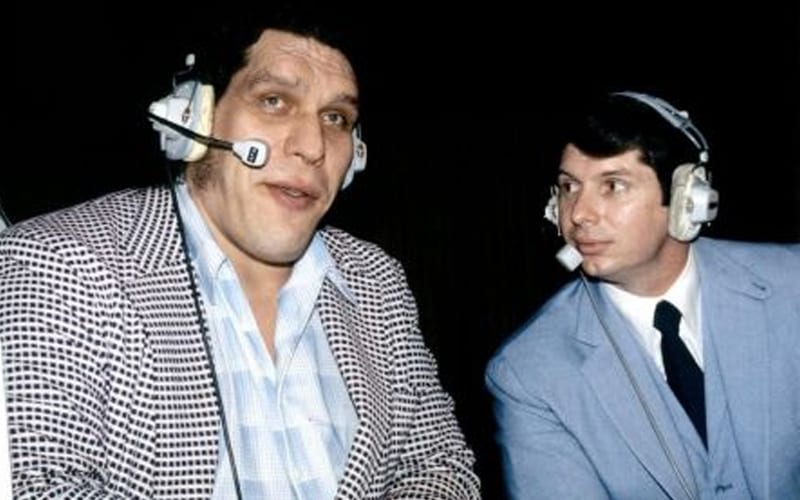 Andre the Giant’s legacy will never go away thanks to WWE immortalizing him as they have. Vince McMahon Jr might speak highly of Andre’s immense character. It turns out The 8th Wonder Of The World wasn’t a huge fan of working for him.

Author or “The Eighth Wonder Of The World: The True Story of Andre The Giant.” Pat Laprad spoke to Talk Is Jericho recently. He revealed something very interesting about Andre. He liked working for Vince McMahon Sr far more than he did his son.

It boiled down to money for Andre the Giant. He also enjoyed traveling as that special attraction working smaller runs in a town meaning far more cash in The Giant’s pocket. He could also see everyone he enjoyed spending time with. That wasn’t what Vince McMahon Jr wanted.

“The big difference between the way that Vince Sr. and Vince Jr. used Andre was that Vince Sr didn’t use him much in his own territory because he was getting a cut on Andre when he was traveling all over the world. He was making money on Andre without using him in his own territory and what he had learned from was that if you used Andre too much in the same territory, he was not going to draw as much as when you first book him.”

“That’s what Andre liked. He could travel the world, visiting different friends, different promotions, and I think that’ what he didn’t like from Vince Jr that Vince Jr kept him more in his own territory and Andre didn’t get to see all his friends. He was traveling all over North America, but it was the same locker room over and over. I think Andre had a lot of bitterness toward Vince Jr because of this.”

Andre the Giant liked seeing his friends and making money. Vince McMahon Jr needed him to work a different itinerary and that prohibited Andre from living his best life. It was hard enough being a giant which has been covered in depth on many occasions.

WWE brings up Andre the Giant’s name whenever they can to celebrate his legacy. Odds are we’ll never hear the story about Andre preferring Vince Sr over Vince Jr in any WWE highlight package.