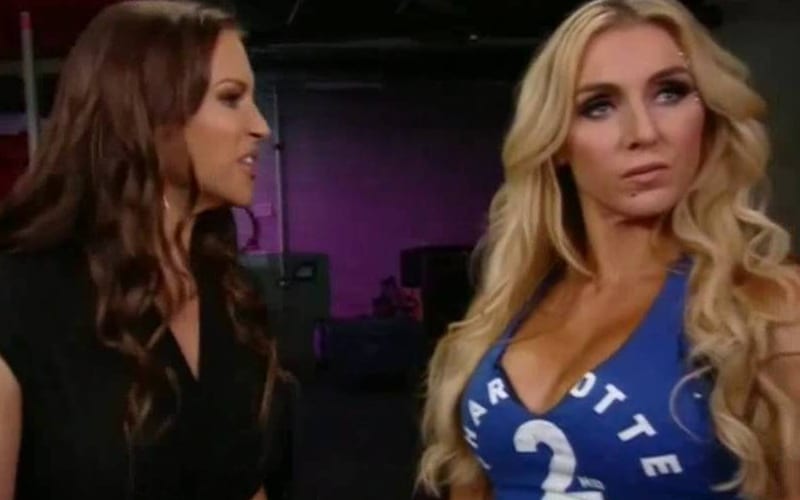 Charlotte Flair has a lot of ambition and that doesn’t stop when she pitches ideas for her creative direction. She really wants a program with Stephanie McMahon and Triple H, but it hasn’t happened just yet.

The Bellas Podcast recently had Charlotte Flair on as a guest. During her time speaking with The Bella Twins, they pitched an idea of a “Royalty vs Royalty” storyline in WWE with Stephanie McMahon. This is when Flair revealed that she’s already pitched something similar.

Flair pitched an idea to work with both Stephanie McMahon and Triple H. This was something that she hoped would come out of her recent return to NXT.

“Because I spent time in NXT recently, I was really hoping I could get into it with Triple H, being like the brat and him being like, ‘I made you.’ Maybe later down the road.”

Charlotte Flair spent her time in NXT differently. You can never count out the chance of WWE circling back around to that idea. Triple H has a lot of history with former NXT Superstars that WWE could revisit in a number of interesting ways.

Would you like to see Charlotte Flair tangle with The Authority? Sound off in the comments below!