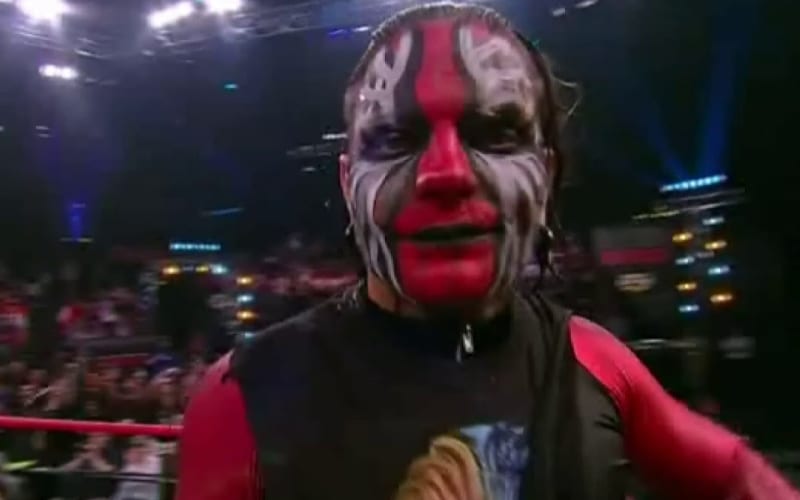 Jeff Hardy has his history with drugs and alcohol. This is a feature of his current rivalry with Sheamus. Some fans will never forget Impact Wrestling’s Victory Road on March 13th, 2011 as an illustration of how bad things got for him.

Sting and Jeff Hardy were supposed to wrestle each other, but Hardy came out unfit to compete. He was a mess and Eric Bischoff was forced to come down and concoct a new plan on the spot. The new agenda was to get Hardy out of the ring so Sting pinned him as quickly as possible.

During a recent episode of Busted Open Radio, Bully Ray discussed Hardy’s return to Impact Wrestling following that awful circumstance. He had to apologize to the roster, but Bully needed to say something.

”Then they said at the end of the meeting ‘does anybody have anything to say?’ and I said, ‘Yeah, I do.’ I said, ‘Jeff, I really couldn’t care less about all of these things that went on. All I care about is that you can still hit your finish. Now let’s go out there and make some money.”

Bully Ray also explained that when a performer’s music hits they need to be able to perform. Jeff Hardy obviously wasn’t up for the task that night. He put himself in a situation where it was simply unsafe for him to wrestle.

Thankfully, Jeff Hardy’s story is much happier now. There were some pretty dark times. You can check out the video below if you want to re-visit that concerning time in Jeff Hardy’s career.