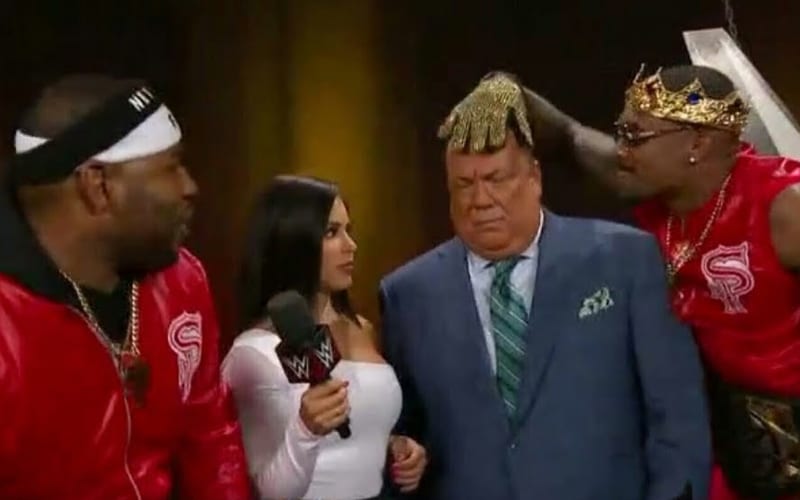 Paul Heyman’s mission as executive director of RAW was to elevate younger talent. While he had that position in the company he did a lot to make The Street Profits Superstars and that hard work paid off.

Montez Ford recent spoke to Inside The Ropes. He had nothing but great things to say about Paul Heyman. He admitted that the Street Profits owe their lives to Heyman as he was always there with a wealth of knowledge for them.

He continued to explain how Paul Heyman took them under his wing as they got started on the main roster.

“I would like to say I owe Paul Heyman my friggin’ life man. I know both me collectively, me and Dawkins, owe him pretty much our lives. He has always been there since day one. I remember specifically the first time we encountered Paul Heyman and him just giving us a wealth of knowledge. I remember when we first debuted on Monday Night RAW, I remember specifically he was the first person that came and found us and talked to us and just pretty much took us under his wing and just, there is so much I can say and describe, he’s given us a whole bunch of stuff, and he’s pretty much been there the whole way, give us a whole lot of motivation, insight, you guys know.”

The Street Profits are still RAW Tag Team Champions, but they haven’t been on television for a few weeks. Perhaps the birth of Angelo Dawkins’ first child had something to do with that time off television.

We’ll have to see what’s next for the Street Profits. They could attain great heights in WWE, but it likely wouldn’t have been possible without Paul Heyman.