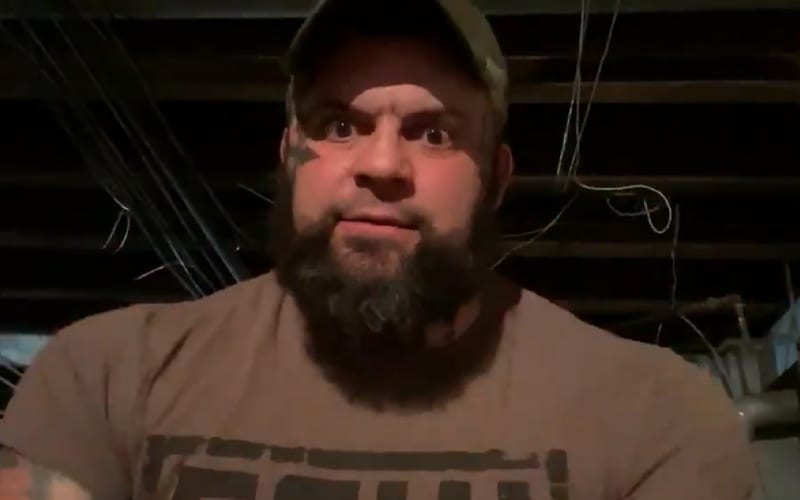 Rumors can get started in many different ways in today’s society. Some of them can be very damaging to someone’s career. Shlak recently had to put his foot down about a rumor that has picked up traction about him because he is not a Nazi.

The indie performer released a video message today. He admitted to doing some crazy things in the past, but the deathmatch wrestler had to squash this rumor.

He admitted to doing a lot of “crazy and stupid sh*t” over the course of his existence, “trust me some regrettable.” He said he’s been “locked up, put around, and hung out with some very ignorant people and played along while they said some very hurtful things.”

Shlak said that he’s said hurtful things and “joked about things that frankly weren’t funny at all.” He understands that his actions were wrong, but he can’t change the past. Then he thanked everyone who has backed him up, but he had to address this Nazi rumor head-on.

“I want you to hear this directly out of my mouth so there’s no misconception. I am not a Nazi. I have never been a Nazi. I am completely against white supremacy and the discrimination of others based on skin color and sexual orientation. Now let say it loudly and clearly: F*CK NAZIS!”

He made this message loud and clear while addressing this rumor. Hopefully, Shlak will see much less of this narrative come up in the future.

As of this writing Shlak has received a ton of support from people all over the pro wrestling world who have worked with him. Shlak admits that he’s done unsavory things in his past, but he’s never been a Nazi.