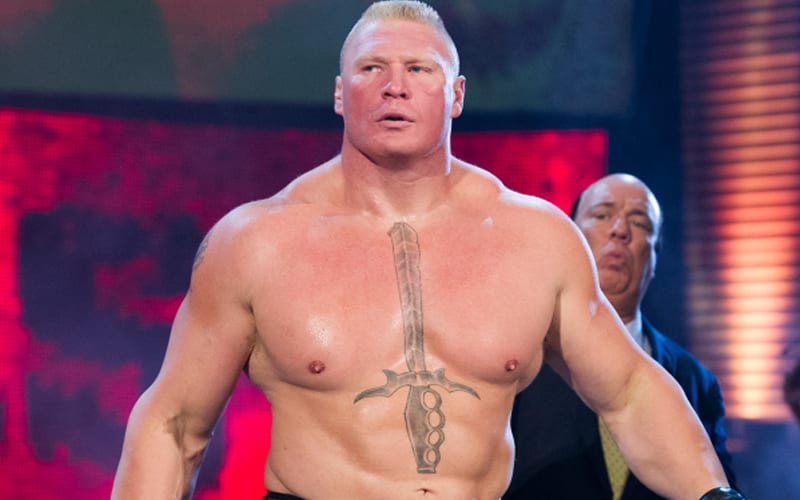 Paul Heyman is not backstage on the RAW brand every week like he was when he held the executive director position on the red brand. He will still speak up when needed to defend his client Brock Lesnar.

Brock Lesnar racked up a ton of accomplishments throughout his career. Paul Heyman doesn’t want anyone to forget that either.

BT Sport’s WWE Twitter account posted a list of Lesnar’s stats for The Beast Incarnate’s 43rd birthday, but they didn’t get the wording just right for Heyman’s liking.

1 x King of the Ring

Happy birthday to one of the greatest of all-time, Brock Lesnar

Paul Heyman fired back at BT Sport’s WWE Twitter account because their tweet missed the mark. Lesnar isn’t “one of” the greatest, because there is no comparing anyone else to The Advocate’s client Brock Lesnar.

“One of” is not a compliment.

Certainly not to the Reigning Defending Undisputed Greatest of All Time …

We hereby accept your apologies, in advance

We’ll have to wait and see when Lesnar comes back to WWE. It stands to reason that he will be around for Summerslam since he doesn’t miss big WWE events.

The big question is who Brock Lesnar might face at SummerSlam since the WWE Champion’s dance card is reportedly already filled by Randy Orton.