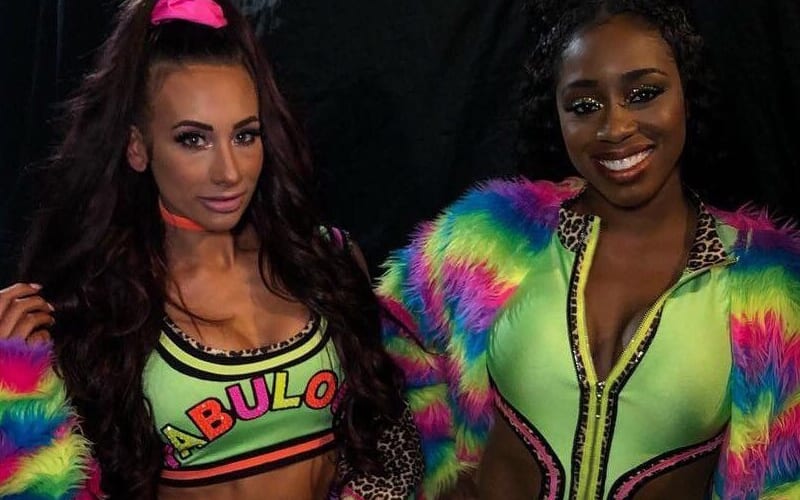 Carmella hasn’t appeared on WWE television much in recent months, but there was a time when she was paired up in a tag team with Naomi. The two tried their best to secure the WWE Women’s Tag Team Titles at the Elimination Chamber. They were not successful, but at least they were in sync.

One fan recently uploaded a short clip from their Elimination Chamber match. Carmella saw the clip and she had to comment on how in sync she was with Naomi. It was so perfectly timed that Mella admitted it “looks fake.”

This clip always makes me LOL. We look so in sync it looks fake!