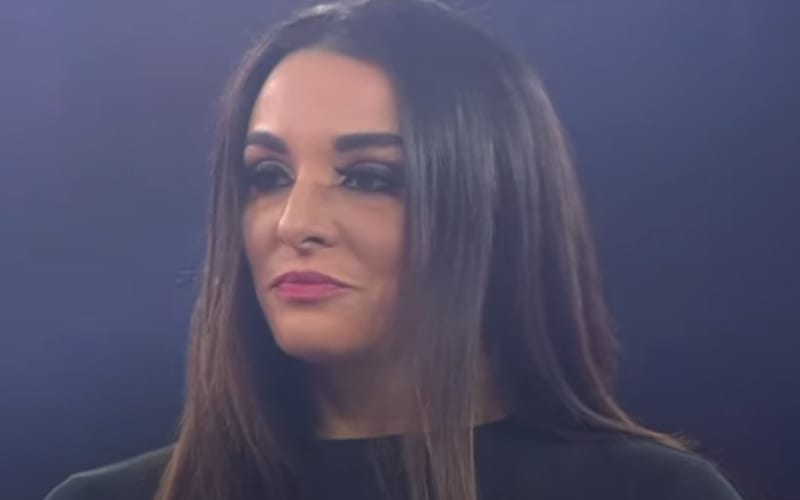 Deonna Purrazzo was released from her WWE NXT contract, but it took a long frustrating road to get her there. She was brought into NXT as a hot indie name who was just been for All In, but she quickly realized that WWE wasn’t going to provide her with the opportunities she thought at first.

While speaking to Vickie Guerrero’s Excuse Me podcast, Deonna Purrazzo discussed the unhappy times she went through as a part of NXT. She didn’t like who she was in her personal life, and there was some doubt that anyone else would have interest in her services.

Then she was told that WWE wasn’t going to use use and the fear went away.

“There was so much fear in things I went through in my personal life over the last 18 months and not knowing if I had another option. Not knowing if Impact would be interested or if AEW would be interested or if Ring of Honor was available again. Let’s wait, let’s wait, and eventually, you get to that point where it’s like, I don’t even care anymore. I’m not happy. I wasn’t happy in my personal life and with the person I was being. I was just so stressed and so frustrated that it was bleeding into everything else.”

“Right before I went to RAW, I was told “we are not going to do anything with you”. What else could I be scared of? There is nothing worse than to be told to sit and wait and I’m going to sit and wait here, I might as well sit and wait elsewhere. At least then, I have the freedom to go back to school or to work somewhere else, or go back to the indies. I felt like I conquered everything up until this point, whether it be Ring of Honor, or the indies, or traveled the world, or working a full-time job when I had one. There was nothing I had to be scared of because I made it work before and I can always make it work again now.”

Deonna Purrazzo is set for an Impact Knockouts Title match at Slammiversary against Jordynne Grace on July 18th. She walked right into Impact Wrestling and found herself in a top spot. Obviously, she had interest outside of NXT, and Purrazzo hasn’t signed a new contract that we’ve heard of either.

The world could soon see the kind of career that Deonna Purrazzo has always envisioned for herself.