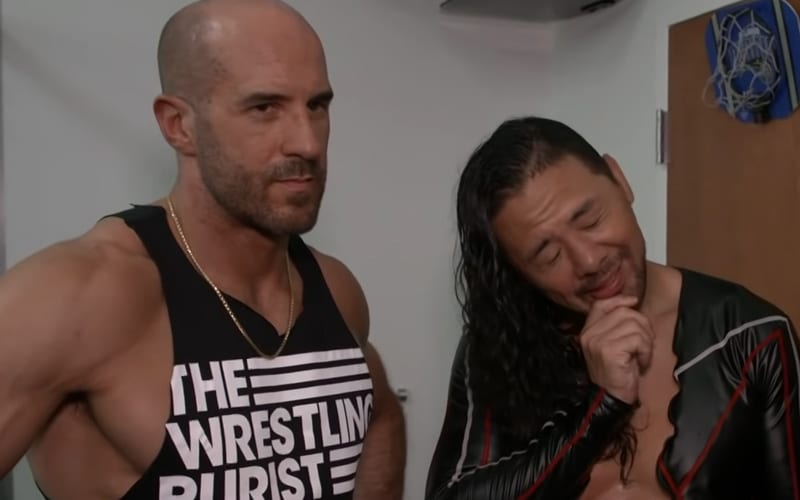 WWE doesn’t use every Superstar to their full potential. Cesaro is a respected Superstar backstage, and within the WWE Universe, but he still finds himself scratching and clawing for a spot on a pay-per-view events.

While speaking to Comic Book, Cesaro said he feels like WWE has overlooked himself and Shinsuke Nakamura. There he can focus on being reliable, but it doesn’t seem that WWE necessarily looks for that quality.

“Once you’re going to be the Champions, there’s going to be no way around it, I feel WWE have just overlooked us (Shinsuke Nakamura and Cesaro) by the fact that we are so good and it’s just like, ‘Oh no, let’s focus on this over here and do this over there’, instead of focusing on something that is reliable. I mean, we’ve been there and delivered on a constant basis for so long while they’re jumping to every other flavor of the month, so to speak. So I feel like that needs to be more rewarded but I think that’s a problem with society, that we just need something new every day, something new every week. We just lose that focus really fast. So once we become the Tag Team Champions, that’s going to change, I feel, and there’s going to be no way around us.”

Shinsuke Nakamura and Cesaro are set to battle New Day for the SmackDown Tag Team Titles once again. The referee called off their match far too easily this week.

We’ll have to see what WWE has in store for Cesaro and Nakamura. They will continue to show up and do whatever is required of them to keep a focus no matter how quickly they lose it.