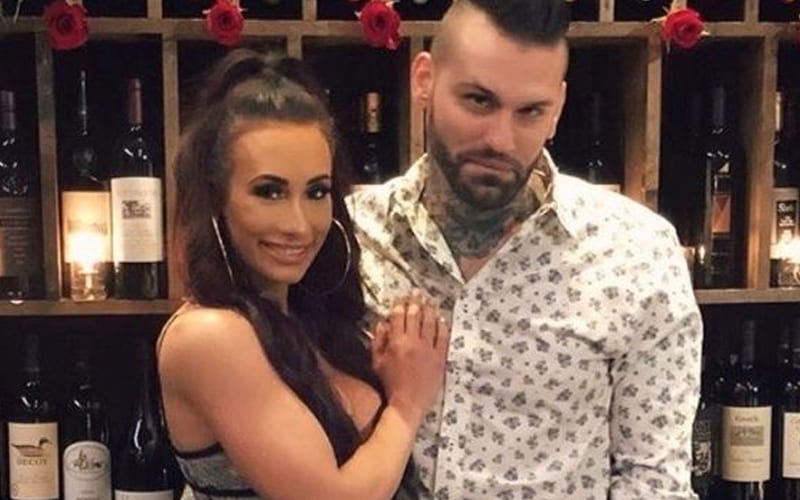 Corey Graves and Carmella have a very interesting relationship. and they’re not afraid to talk about it.

On their podcast Bare With Us, Corey Graves and Carmella have no limits about what they will bring up. In a recent clip from the show, the two address several taboo subjects including being “swingers.” For the record, Corey Graves isn’t about that life.

We previously reported that the two made some rather interesting jokes about “golden showers” When it come to swinging, Graves said he “could never do it.” He’s not a jealous person, but he said it is “in human beings it’s in all of us” to be jealous.

Graves also said that there are times when Carmella posts a thirst trap photo when he has to wonder what is going on. Then Carmella admitted that she gets jealous if Graves “goes a month or two” without telling her she’s beautiful, “it’s just something that a girl needs to hear,” she said.

Carmella later replied after Corey Graves made a Titanic reference by telling him that he’s “totally hotter than Jack.” This is when Corey Graves stated that he doesn’t trust everything that comes out of Carmella’s mouth because she says things like that.