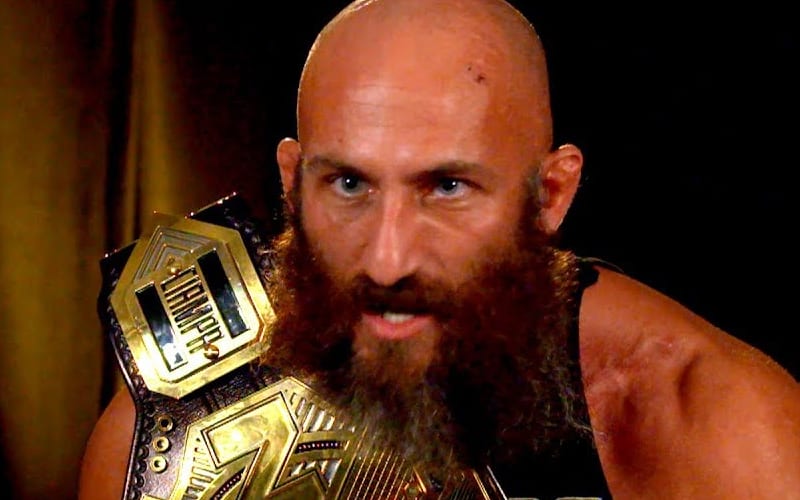 Tommaso Ciampa saw a lot of success, but he doesn’t really see those same results right now. Ciampa is coming off a loss to Karrion Kross and currently waiting for creative to come up with his next direction.

The Sicilian Psychopath sent out a very interesting Instagram post where he wanted to make a few points. The first item that he had to address was that he missed the version of himself that existed a couple years ago.

He then addressed how the pro wrestling business is like waves. There are highs and lows. Right now, he’s forced to deal with a “new false dialogue” that creative simply has nothing for him.

2. The wrestling business, like life, is full of waves. Highs and lows. One moment you feel untouchable, the next you come crashing down. Giving up the Title is definitely one of my career lows. And to be honest, damn near everything that’s happened in my career since has been a disappointment.

A few glimpses of highs here and there: my face off with Adam when I returned and War Games come to mind. But lots of lows: the chase to reclaim Goldie, the final chapter with Johnny, and most recently my encounter with Kross.

3. Motivation is a fascinating trait. Throughout my career, I’ve often found that creating false dialogue has led to my greatest internal motivation. In 2018, I created a scenario in my head in which “nobody believed in me.” It drove me.

In 2020, after weeks of being left off television (yes, I’m healthy), I find myself with a new false dialogue. “Creative has nothing for you”. Whether or not this is true really doesn’t matter. Because in my head, it’s true.

Tommaso Ciampa is healthy, and certainly doesn’t want to sit on the sidelines. Perhaps portions of his career need to exist where Ciampa isn’t involved in anything. Not only will it make his return so much better, but it will also keep him healthier longer.

Ciampa is no stranger to injuries and he has even commented on how his doctors once told him he is wrestling on “borrowed time.” The book is far from closed for Tommaso Ciampa, but right now NXT seems to be putting a bookmark in the pages.