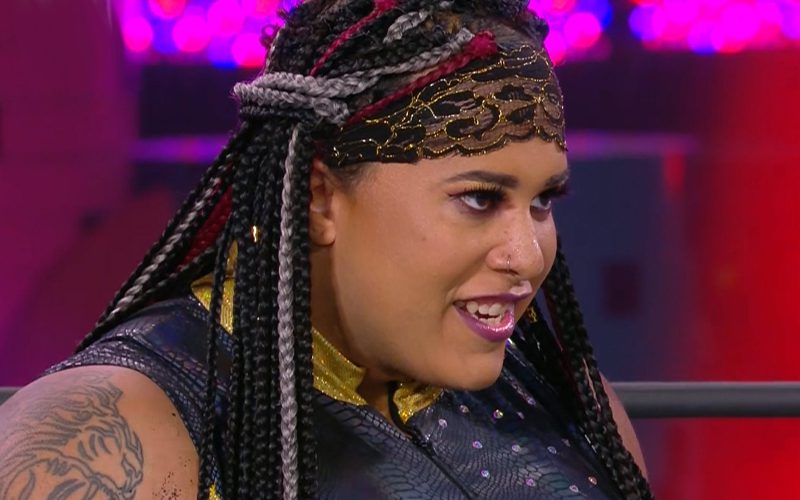 Nyla Rose gets plenty of attention as an AEW star. She also knows how to drum up those notifications on social media.

The Native Beast piqued her followers’ interest today when she posted a “topless photo.” She meant it literally, therefore, she continued to one-up the trolls on her timeline.

On this #sexysaturday, enjoy this TOP-less pic of me

Nyla Rose literally uploaded a “topless” photo of herself, but the top half of the photo was blacked off. It was quite a play on words and another example of Nyla Rose’s trademark humor.

Rose doesn’t have a lot of time to joke around on AEW television. She is very focused on proving herself as a top competitor in the women’s division. She will also introduce a new manager very soon. Click here to find out more information on who she will likely bring in.