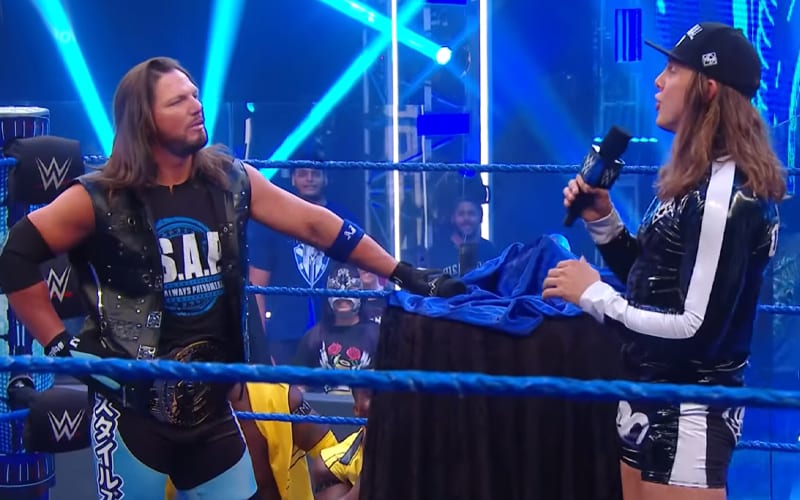 Matt Riddle’s debut on WWE Friday Night SmackDown saw him defeat AJ Styles in a non-title match. There was apparently a lot more going on during that segment.

According to Fightful, WWE placed the script for that segment on a table in front of Renee Young and AJ Styles. The Phenomenal One was reportedly “very funny during the filming.” He even joked about Daniel Bryan strapping the fake velcro around his waist.

It was also reported that instructions were given over the loud speaker to reposition in the ring prior to Matt Riddle coming out. When the Original Bro entered, he accidentally read one of AJ Styles’ lines instead of his own.

There was a spot where Riddle accidentally read one of AJ Styles’ line, and followed up with a “my bad, bro,” while a befuddled Johnny Ace looked on, and the NXT audience laughed, knowing Riddle’s personality.

John Laurinaitis was also reportedly there and heavily involved in the segment. He wanted to be certain that the camera captured Matt Riddle’s shoeless feet during the angle.

Matt Riddle is currently chasing Baron Corbin on SmackDown. He could have a very big match coming up at SummerSlam as well.