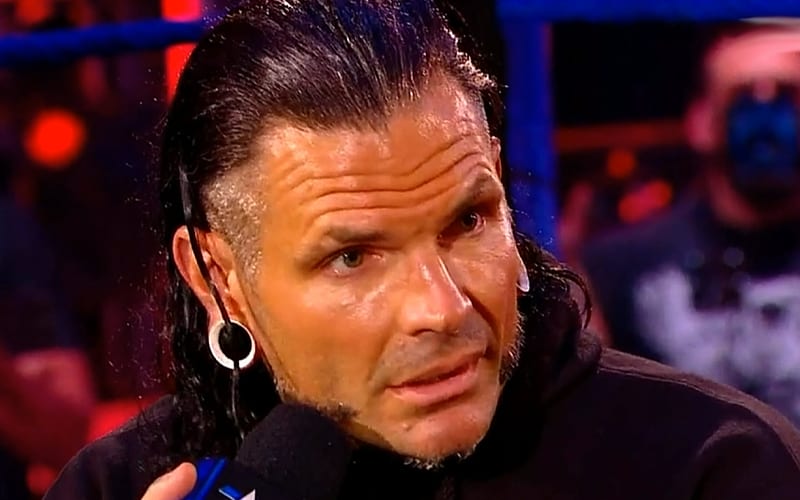 Jeff Hardy is in a feud with Sheamus, but he wrestled The Miz this week. During that match it seems that WWE switched up the name of one of his signature moves again.

Click here for our complete coverage for WWE Friday Night SmackDown this week.

When Jeff Hardy returned from his hiatus following his injury and DUI, his signature move the “Twist Of Fate” was called the “Twist Of Fury.” This confused some fans and made others wonder if it was a matter of Matt Hardy owning the rights to the name.

Matt Hardy made it 100% clear that he had nothing to do with WWE changing the name of Jeff Hardy’s move. Then when Hardy came back after another break, he was using the same move and Michael Cole called it the Twist Of Fate again.

Tonight on WWE Friday Night SmackDown, Jeff Hardy wrestled The Miz. He caught the A-Lister in the exact same move, but Cole called it a “Twist Of Fury” once again. This is interesting.