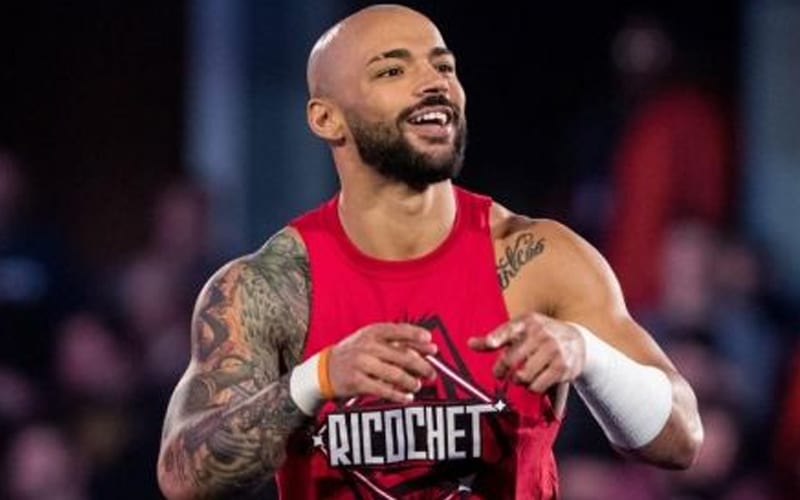 Edge is currently out of action with an injury, but he’ll be back. He already issued a warning for Randy Orton, but Ricochet wants next in line.

The Rated R Superstar recently dropped The One And Only’s name on the Cheap Heat podcast. Ricochet heard this, and he is all about facing Edge.

Ricochet sent out a tweet to let Edge know that he’s ready to face him whenever he’s ready. Of course, he respects Randy Orton enough to get behind him in line.

Hey @EdgeRatedR I’m ready whenever you finish with Randy. I can wait.

Ricochet was one of the several Superstars who lost their pushes when Paul Heyman was fired as RAW Executive Director. We’ll have to see where he performs next, but Main Event seems to be his destination right now.

You can never count Edge out because he’s known to pull for matches that he wants. Let’s see if he will ask for a match against Ricochet like so many want him to.