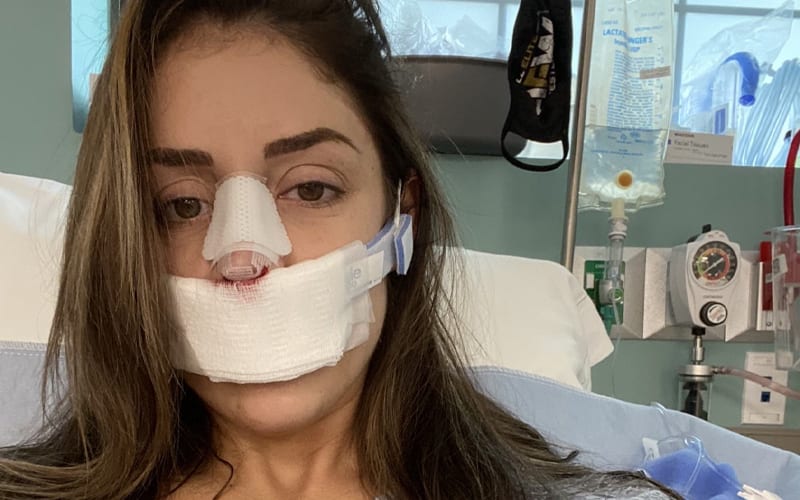 Britt Baker said that her nose was broken, but it’s hard to tell if she’s just trying to escalate the situation. It appears she might have actually suffered a broken nose judging by this new photographic evidence.

Baker, who is currently out of action with a knee injury, could be going under the knife once again. She posted a photo of herself with a wrapped up busted nose. She only picked one word for her caption to explain who she dropped the photo for.

Britt Baker and Big Swole are currently at odds with each other. We’ll have to see how fast Britt Baker can heal up. This is why Brandi Rhodes took a shot at Baker for getting plastic surgery.

Some fans say Baker either went through a lot of set-up to get this photo, or it’s old. Either way, Baker didn’t seem too happy in this selfie.