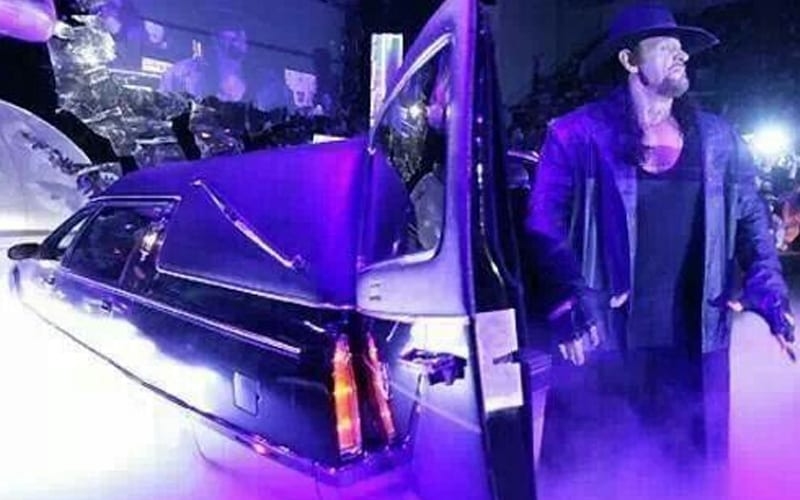 There are many amazing legends surrounding The Undertaker’s mystique. A lot of those rumors went away when Mark Calaway revealed more of his true self. He doesn’t really sleep in a casket. He did used to travel around in a hearse.

The Undertaker took his gimmick for real. He only wore black, and he had Paul Bearer around so he didn’t get caught doing “normal people things” like checking in and out of hotels and getting gasoline.

While speaking to Inside The Ropes, Mick Foley revealed that The Undertaker took his gimmick so seriously that he actually drove around in a hearse with horsepower.

“I went a six year stretch with only seeing him once and that one time showed you how into the character they were. The Undertaker and Paul Bearer actually traveled in a hearse for two years. Like a souped-up hearse and I’m on the road doing independent shows and I see this one and only hearse going through a drive-thru at like a McDonald’s. Imagine being the person working the window and a hearse shows up with The Undertaker in it. I literally got out of my car and started chasing it like I was a 12 year old girl at a Justin Bieber show. Like ‘it’s me! You remember me?’”

We can only imagine if The Undertaker tried to maintain his Deadman character in today’s era. The paparazzi would be all over him at every airport. It worked like a charm during his time, and he went above and beyond to further establish his legend.

The Undertaker might have traded that hearse for a motorcycle, but he’s no less of a legend in our book.

Thanks to WrestleTalk for the transcription