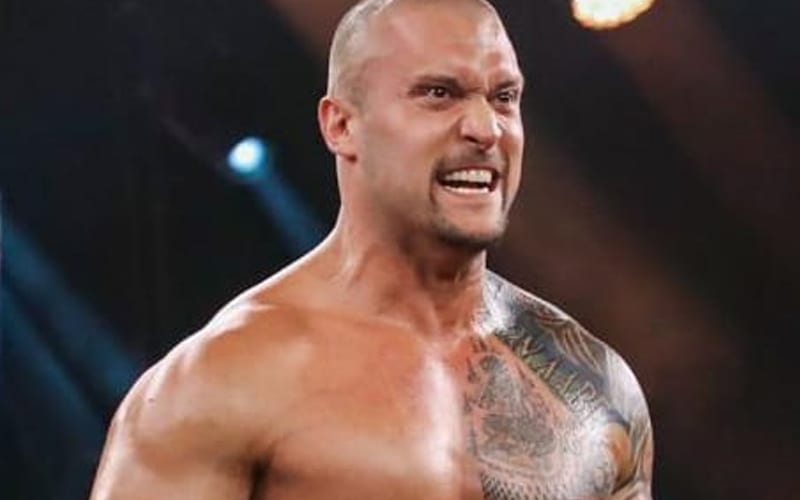 Brock Lesnar doesn’t come around very often. When he does wrestle a program for WWE it means something. He’s obviously not opposed to putting over newer stars either. This could open up a very good opportunity for Karrion Kross.

Kross and his girlfriend Scarlett have made a lot of noise since arriving in WWE NXT. They have received attention from all over the business. That could land Kross in an NXT Title match around SummerSlam.

While speaking to Gorilla Position podcast, Kross expressed his desire to take on The Beast Incarnate at WrestleMania. This is something he’s obviously already considering as he makes his first big steps in NXT.

“You said WrestleMania? I would say Brock Lesnar. The measuring stick, it depends on the context. The way you would draw up what the measuring stick looks like might be different than the way someone else does, right? For me, the measuring stick would essentially be who can draw the most into a building and who can draw the most attention. I think that he is a guy that transcended sports entertainment. He is in mainstream entertainment. I think that figures like that in our business are pretty important. We always need new fans. We always want to create new fans. I think there are people who can engage the hardcore fans nonstop, easily, no problem, the purists I guess you can say. Then there are people that have a mainstream entertainment appeal. I respectfully don’t know, in my opinion, if he would be the measuring stick as much as The Rock would be the measuring stick. I say that because in terms of generating attention and interest, I think he is the highest paid actor in Hollywood. He came from here. If someone wants to emulate the absolute most success they can find in this business, I would say The Rock is the guy.”

Karrion Kross is just getting started in NXT, but he’s making a lot of ground fairly quickly. It wouldn’t be a huge surprise to see WWE pluck Karrion Kross and Scarlett out of NXT sooner than later. They seem destined to perform on much larger stages.

We’ll have to see what kind of opportunities await Karrion Kross. He might just get his wish and eventually arrive on the grandest stage of them all to face Brock Lesnar.