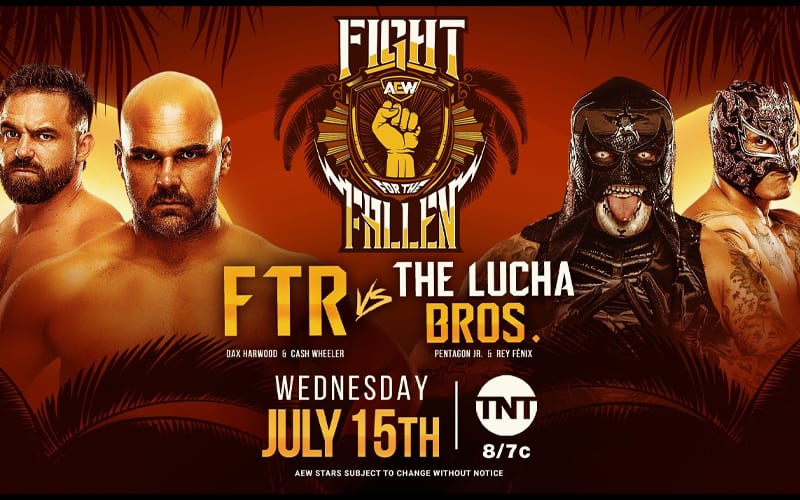 FTR are set for a big match at AEW Fight For The Fallen. This is also a match the Top Guys have wanted for a while.

Dax Harwood tweeted out following AEW’s announcement that he and partner Cash Wheeler will take on The Lucha Bros. Pentagon Jr and Fenix are a formidable tag team and often thrown around as dream match opponents for FTR.

The Lucha Bros vs FTR will go down at Fight For The Fallen. Harwood suggested that fans keep the Coors Light on ice, because this could be a long match.

We’ve been waiting a long time for this match. Keep the @CoorsLight on ice. This one could take a while.

AEW Fyter Fest gave fans a taste of what FTR and the Lucha Bros can do in the ring. At Fight For The Fallen they will be able to show what they can do as the only four competitors in the ring.

You can check out the entire card for AEW Fight For The Fallen (so far) below.

FTR vs The Lucha Bros

The Elite vs Jurassic Express