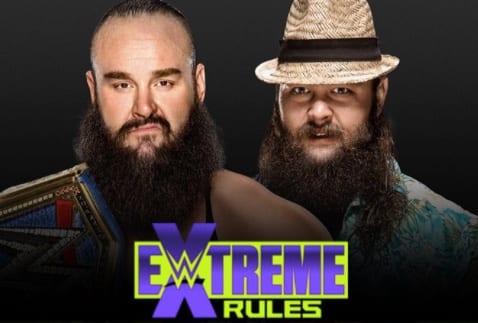 As seen on Sky Bet, the betting odds for Braun Strowman vs Bray Wyatt at WWE Extreme Rules have been released.

This bout will certainly be unique, with the two former Wyatt Family brothers locking horns in a Wyatt Swamp match – with the Universal Championship, as of this writing, not actually being on the line.

The bout will be set outside of the Performance Center, continuing the Horror Show theming around this year’s Extreme Rules.

Despite this being a non-title match, for the time being at least, Strowman is still the favorite to pick up the win with odds of 8/13. Wyatt, on the other hand, is a 6/5 underdog.

The expectation is that Braun will eventually move on to face The Fiend, but for now, fans are intrigued to see what goes down in the swamp at Extreme Rules.