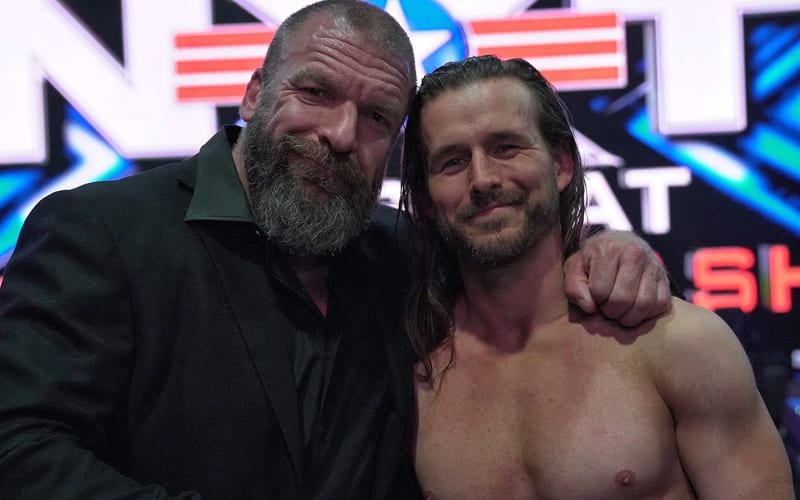 Adam Cole held the NXT Title for 403 days before Keith Lee took it at the Great American Bash. Triple H is very proud of everything he’s accomplished, and the story is just getting started.

Click here for our complete coverage of night two of The Great American Bash.

Following Cole’s NXT Title loss, Triple H tweeted out saying that Adam Cole is just getting started. The young pro wrestler has a lot of great matches ahead of him. Triple H said that Cole is NXT, but we’ll have to see what’s next for the Undisputed Era’s leader.

There is a saying “it’s the talent that makes the title.” During his 403 day reign over the black and gold brand Adam Cole MADE the NXT championship, THE championship. That reign might be over but he’s just getting started. Adam Cole IS #WWENXT and that…is #Undisputed. #NXTGAB

Adam Cole’s NXT Title reign will be hard to top. Over 400 days as champion is very impressive, bay bay. Adam Cole wasn’t in the mood to talk about his loss following the event as you can see in the video below.

Do you think this is Adam Cole’s moment for a main roster call-up? Sound off in the comments below!