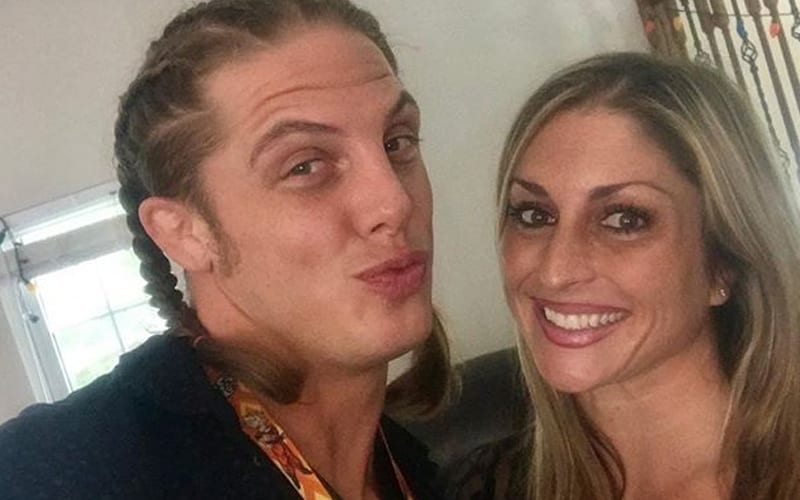 It’s no secret that Matt Riddle has been at the heart of some allegations in recent weeks as part of the #SpeakingOut movement. Now his wife is speaking out.

The SmackDown superstar has denied any wrongdoing, and instead, has turned the focus back on his accuser. His attorney released a statement on the matter,

It doesn’t appear as if the problem is going to go away anytime soon, though, which is probably why Matt’s wife Lisa Riddle has decided to produce the following statement.

THIS IS US: we are the Riddles. Are we perfect…NO, but we are a FORCE that will always stick together and be strong. Words of recommendation…don’t try to mess with us. Do we expect everyone to like us, no, & if you don’t that’s okay, but don’t get in our way. @SuperKingofBros

Riddle’s accuser indie wrestler Candy Cartwright has released multiple photos in the past few days proving they had contact. Riddle alleged Cartwright was a stalker.

Moving forward, it’ll be interesting to see whether or not there are any further developments in this case.