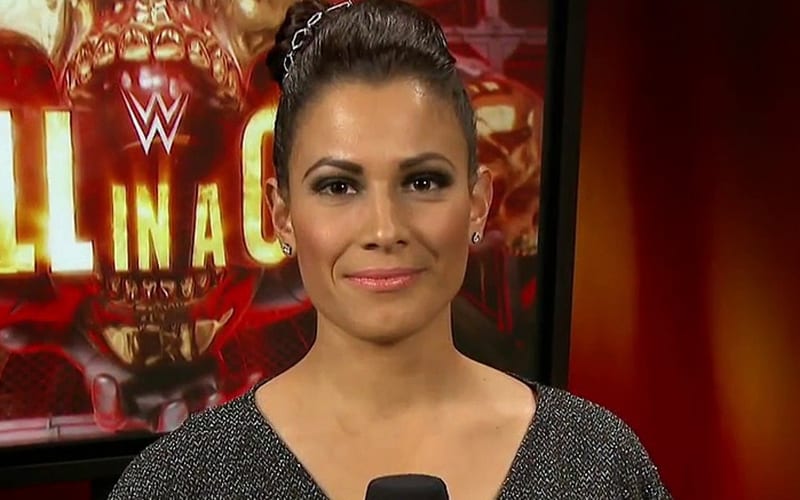 Dasha Gonzalez was released from WWE because she wasn’t a “chosen one,” but that’s okay with her. She was down for a bit as she admitted on Talk Is Jericho. Now she is enjoying another run with a different pro wrestling company.

Gonzalez explained that WWE told her to “dial it down” when interviewing people. “I was told it is not about the interviewer it’s about the person being interviewed,” she stated.

Dasha was released and WWE didn’t give her any reason for it. There were some tough times with being out of work for half a year, but she kept an optimistic attitude through it all.

“I got a phone call and they said we are letting you go and I didn’t get any answers. It was after WrestleMania. I was out of work for six months. There are always ups and downs in the company. I didn’t take it personally. Some doors close for greater ones to open. You stop to think, what did I do? But at the end of the day, I gave it 110% everyday for 5 years. I worked my tail off for them, but I don’t take it personally.”

“It is what it is. It’s the nature of the beast. If you’re not a chosen one, then, that’s how it is. I was down for a little bit. But, I’m such an optimist, that I’m not going to let that stop me. I’m the little engine that could.”

Dasha Gonzalez has spoken openly about how AEW has provided her with far more opportunities. She is now on the Spanish commentary team for the company as well.

On top of that, Dasha is also a featured contestant on The Rock’s Titan Games. Things were hard for a while, but Dasha stands as an example of perseverance paying off.