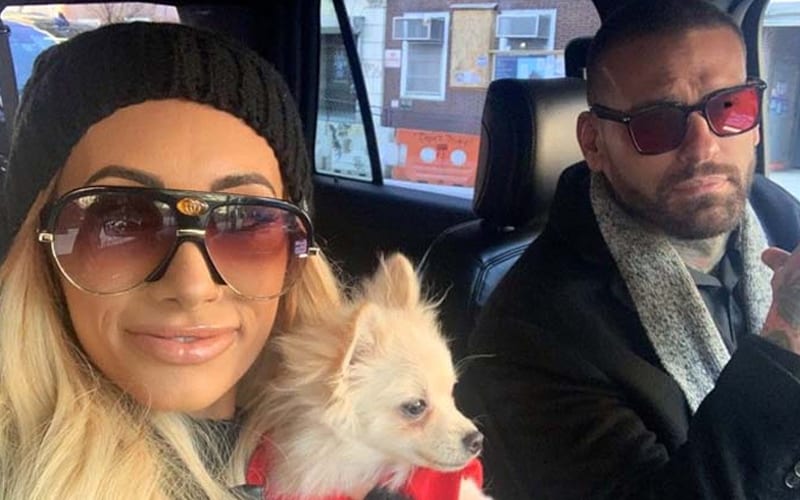 Corey Graves and Carmella get along just fine even though the same can’t be said when the NFL is in season. Graves is a huge Pittsburgh Steelers fan and Carmella used to be a New England Patriots cheerleader.

Graves’ affinity for his Steelers won’t keep him from getting something to drink. Mella recently caught the SmackDown commentator using a New England Patriots glass and she had to call him out on it.

The Savior Of Misbehavior tried to play it off like it was no big deal. It seemed to matter to Carmella. She promptly uploaded a video of the exchange on social media.

One fan asked if Carmella successfully converted Corey Graves into being a New England Patriots fan. Her reply was an animated gif from the movie Step Brothers where her answer was: “YEP!”

We’ll have to see if Corey Graves changes his tune when the NFL season starts.