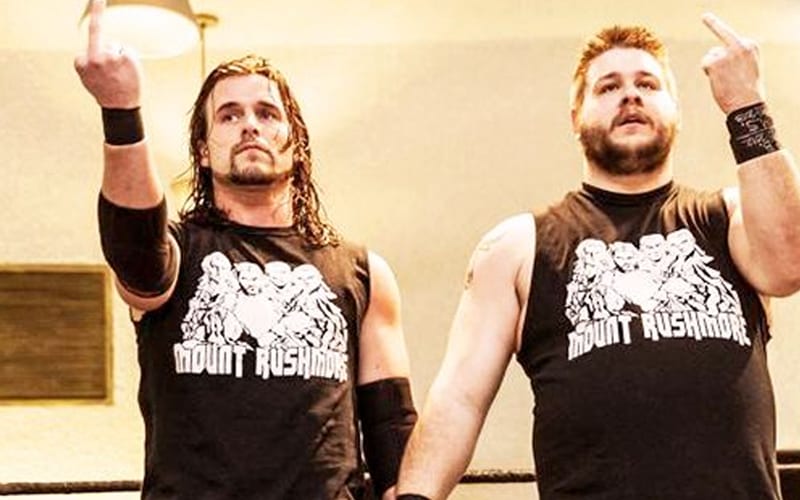 Adam Cole had a lot of experiences on the indies before going to WWE. He was also a member of the Being The Elite cast until he “died.”

While speaking to BT Sport, Adam Cole opened up about Kevin Owens. He joked about them being friends and then Owens came into WarGames and took him out. Then the NXT Champion (as of this writing) spoke about Owens and everything he did to help get him established on the indies.

“Kevin Owens is another guy — I’ll briefly touch on this, but he played a big part of me sort of taking off on the independents. Kevin is a guy who took me under his wing in PWG which later helped me out in Ring Of Honor. He was a big aspect of me understanding that independent, or just in general, that main event style and kinda how to perform and what to say. He’ll never take credit for it because that’s just the way that he is, but I always credit him as someone who really did help me and he is a great friend — except for that WarGames thing.”

You never know how you can help those around you without even realizing it. Kevin Owens might not have understood how much he meant to Adam Cole’s career, but he obviously had a big impact.

We’ll have to see if Adam Cole will ever get that revenge on Kevin Owens for busting up the Undisputed Era’s WarGames plans, but Cole vs Owens is certainly a match we’d like to see in WWE.